GARY Neville has announced his retirement from his version of football to focus on growing a moustache.

The Manchester United defender and reigning ‘Mancunianest Man Alive’ made the announcement outside Old Trafford while rubbing a mixture of goose fat and Deep Heat into his upper lip.

Neville said: “I’ve won everything it’s possible to win in football except for a single tournament with England or the affection of anybody who doesn’t support United but I won’t feel complete until none of my filtrum skin is visible.

“As a boy growing up I’d see the luxuriant lip furniture of players like Ian Rush and Graeme Souness and I’d dream of one day looking like I was constantly peering over an unruly hedge.

“I even used to play keepy-up in my back yard with my pet hamster strapped to my face.”

The timing of the announcement has led many to believe Neville was about to join the Sky commentary team but he stressed that, as yet, he does not feel nearly hairy enough.

Neville has called on environmental guru and celebrity walrus Dick Strawbridge to help him in his quest and the two will go on a factfinding mission to the Middle East to study the ancient art of moustachery.

Footballologist Wayne Hayes said: “This is an almost spiritual quest for Gary, rather like Jesus’ 40 days in the wilderness. The difference being, of course, that Jesus has never walked around the Arndale Centre thinking he’s Gary Neville.”

NHS to get fat people to hospital using trail of Wotsits 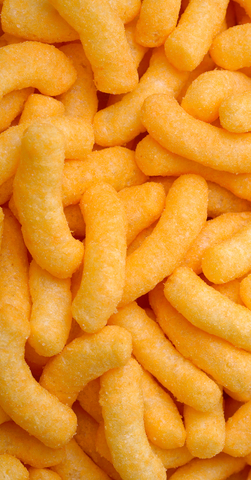 THE NHS is to improve its performance in getting fat people to hospital by deploying long trails of Wotsits.

Under the plan fat out-patients with an appointment would have a Wotsit trail laid outside their house the night before.

The next morning they will receive a phone call from their local NHS trust urging them to open their door.

Officials believe that when the fat person sees the Wotsits they will summon the strength to devour them to within 15ft of the hospital at which point they can be lassoed and hauled into the building.

He added: “Unfortunately we still face the mountainous problem of what to do about fat emergencies.

“A fat person would follow a trail of Wotsits if they had been shot in the chest with a harpoon but in the event of an emergency you simply wouldn’t have enough time to get all the Wotsits in place.

“For the walking wounded I’m thinking a pair of roller skates, a helmet, a water skiing rope and a Vespa.”