NEWCASTLE United fans brushed off yesterday's defeat by Spurs insisting they have a fool-proof scheme to guarantee the club a place in next season's top flight.

With Sir Alan Shearer's team now firmly in the relegation zone, United fans have drawn-up plans to pretend the Championship is now the Premier League.

Shearer has backed the idea stressing that even if the club was to plummet to mid-table in the Conference North, the supporters would still be making travel arrangements for a lengthy Uefa Cup run.

Bill McKay, assistant secretary of the Toon Army supporters club, said: "Ipswich play in blue so they can be Chelsea or Everton.

"We'll have at least one of the Sheffields and no-one's ever entirely sure what league they're in, Derby can be Fulham and we could even pretend Coventry are still a proper football team

"Meanwhile Bristol City will from now on be known as Arsenal, Barnsley can pass for Man Utd if you squint hard enough and Notts Forest should make a perfectly decent Liverpool.

"And just like the old days we won't have to play small teams like Wigan, Stoke, Bolton, Portsmouth and Hull, so we can pretend they're still in the old second division."

I'm Not Even Trying Any More, Admits Darling 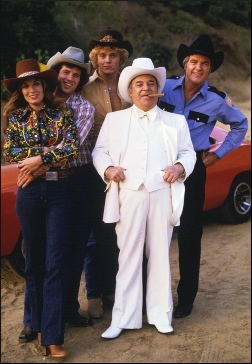 CHANCELLOR Alistair Darling last night admitted he is not even trying any more after pledging £15bn worth of 'efficiency savings'.

Mr Darling said Wednesday's Budget would contain a series of key announcements that he is probably just going to make-up in the car on the way to work.

A relaxed chancellor said the Budget is likely to focus on 'the public finances and stuff', but stressed he was 'not really the best person to ask about this'.

He told the Sunday Times: "I looked through the books a couple of weeks ago and within 10 minutes it become abundantly clear that things were – oh, how should I put this? – utterly fucking hopeless.

"I then decided the best course of action would be to open a packet of Hobnobs and watch my Dukes of Hazard DVDs."

He added: "I did think about cutting loads of those stupid public sector jobs we invented, but then Gordon would just tell everyone I had genital warts and that my missus is round the bend."

Asked what he would do to cut Britain's £160bn budget deficit, Mr Darling shrugged and said: "I dunno, disband the army? Or maybe we could make things… out of wicker.

"No, wait, wait, I've got a really good one. Are you ready? Drum roll, brrrrrrr… Whitehall efficiency savings! No? Fair enough."

Julian Cook, chief economist at Porter Pinkney and Turner, said: "Even if the chancellor cared, and he doesn't, and even if the government did implement efficiency savings, which it won't, £15bn would have about as much impact as a toddler slapping a whale."