Notts County Backed By Creepy Conglomorate All Along

NOTTS County have admitted their mystery backer has been old man Qadbak Investments this whole time.

The FA's gang of teenage investigators has proved how millions of pounds were pumped into the club by embittered property investors who then tried to scare people away using fake ghosts, scary pirates and Sol Campbell.

One fan said: "The ground's haunted, I tells you. There's been 11 horrible monsters running around the pitch and terrifying people with their eerie moans and dreadful passing."

The gang arrived in Nottingham late on Saturday night in the Mystery Machine and immediately agreed to split up to look for clues such as glowing paint stains or traces of Arab in the boardroom.

Lead investigator Fred and his assistant Daphne were locked in the chairman's office for several hours with witnesses reporting a series of low, unearthly groans and a disembodied voice whispering 'I'm not doing that without some butter'.

Assistant investigator Shaggy said, 'Yoinks! Sol Campbell has like totally disappeared!' before eating a stack of 12 meat pies from the concession stand. His sidekick remained locked in the Mystery Machine as the County Ground only admits guide dogs.

The gang's accountant Velma Dinkley said: "We kept pulling at his hair until we eventually accepted that he really does look like that.

"I'll be filing my official report to the FA but my initial assessment of their financial position is 'Jinkies!'." 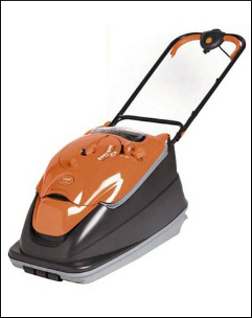 NEIGHBOURS who borrow each other's gardening equipment will have to be registered with the National Lawnmower Sharing Agency, it emerged last night.

The government is to introduce tough new regulations after a police officer from Milton Keynes loaned her colleague a Flymo Vision Compact 380 without telling anyone.

Detective constable Mandy Cook, said: "My friend Emma mentioned that her grass was getting a bit long, but her lawnmower wasn't working.

"At that point I may have said something like 'why don't you borrow mine, it's really good, but make sure you keep the cable well out of the way'.

"She accepted my offer, telling me not to worry as she would be very careful, before adding that she would be more than happy to give me a loan of her garden strimmer, which she subsequently did.

"I think she had my lawnmower for just over a week and cut her grass twice, and I had her strimmer for a fortnight during which time I used it to do some edging around my greenhouse and attack a local child. I had no idea we were breaking the law."

A spokesman for the Department of Lawns said: "Grass is this country's most precious resource and we cannot allow it to be cut by people who may be dangerously underqualified.

"If lawnmower sharing is unregulated then tens of millions of lawns are going to end up being cut at the wrong height. In the worst case scenario, some may even end up having slightly irregular patterns and at that point someone is, inevitably, going to die."

He added: "The last thing we want to do is come across as heavy handed but if your name does not appear on the National Lawnmower Sharing Database you will have to sign the sex offenders register and we will give your lawn to some social workers."