THE musical director for the 2012 London Olympics has admitted that the ceremonial brass band 'probably won't bother' to learn Scotland's national anthem.

First Minister Alex Salmond has threatened to destroy the Olympic headquarters in Lausanne unless Scotland is allowed to enter its own team for the 2012 event.

Salmond has committed more than £200 million a year to Scotland's Olympic effort and says he will not rest until he has seen a Scottish man pole-vault in excess of six metres.

But Tom Booker, London 2012 musical supremo, said: "If I'm being totally honest with you, we could learn the Scottish national anthem, but what's the point? We may as well practice the theme tune to Howard's Way.

"There are 203 Olympic countries and they've all got anthems. We've got to get through Nepal, Burundi, Andorra and The Kingdom of Togo before we can even think about Scotland."

Booker added: "There's not going to be much in the way of podium action for the Scotch is there? You may get through to a couple of semi-finals, but Flower of Scotland? I just don't see it happening.

"I suppose you do have that bloke who can go a bike really fast but I suspect his knees will have exploded by 2012." 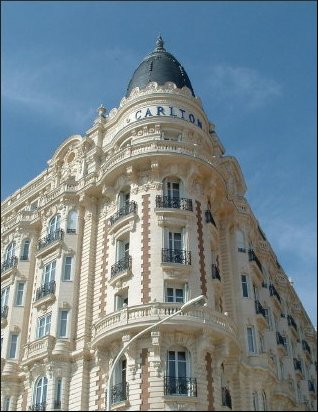 SPEAKING from the sunken bath of his four room suite in Cannes, U2 frontman Bono has condemned the West for failing to eradicate Third World poverty.

Bono is in Cannes to launch U2's latest project, a 3D film of the group buying yachts in the Seychelles and then setting fire to them.

The DVD, priced £24.99, is expected to net the Dublin rockers more than £60 million worldwide.

Bono, who has been talking about poverty for more than 25 years, said: "As soon as I get out of this bath, have a massage with rare essential oils, eat some organic mango and set fire to a yacht, I'm gonna be knockin' on the White House door.

Later this year Bono will join Sting, George Clooney, Brad Pitt and Angelina Jolie for a summit on world poverty at the seven-star Burj-Al-Arab Hotel in Dubai.

But in true A-list fashion, the stars are already squabbling over who gets the room with the built-in waterfall.

Ula Okwami, a 38 year-old farmer from Chad, said: "Hang on a minute, I've had an idea. Call me a complete fruit-loop, but how about this?