Olympic Budget Did Not Include &#163;8 Billion For PR Bullshit

THE original budget for the London Olympics failed to include more than £8 billion for pointless leaflets that will go straight in the bin, MPs said last night.

The Commons Public Accounts Committee said the government had obviously forgotten to mention the cost of constantly reminding everyone how fantastic the event will be through an endless series of glossy brochures, filled with PR bullshit.

"We'll also need one about the sustainable bamboo flooring in the toilets at the weight-lifting arena and we'll need an interactive CD for schools about why all the Olympic toilets are a celebration of the human spirit. And they'll all have to be translated into Cornish.

"Of course, we're also going to need a really big brochure, filled with some of this country's finest bullshit, about why the Olympics will make everyone healthier and more active, without explaining how that's actually going to happen."

He added: "We must project the concept that the Olympics is good for the whole of Britain and to do that we'll need to employ dozens of London-based PR firms on absurdly inflated contracts.

"Whether or not those firms happen to be run by Labour supporters is entirely a matter for the government." 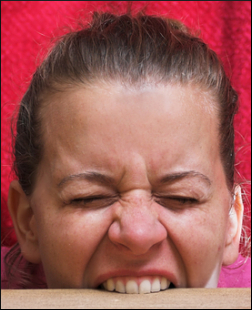 WOMEN stand a greater chance of giving up smoking if they quit before their period starts, according to some ignorant bastard who can just fuck off and die.

Researchers said differing levels of female sex hormones were to blame, and not some man who seems to find it impossible to just carry a fucking plate through to the kitchen.

The link between different stages of the menstrual cycle and mood are well established, and there is even some evidence that women smokers tend to smoke more at some points, particularly when watching Grey's Anatomy – have you got a problem with that, you fucking mummy's boy?

The researchers from the University of Minnesota looked at a total of 200 women, who were asked to give up smoking at different stages of their cycle, as if you would even know what that is, you dick with arms.

After 30 days, 86% who gave up during the early phase had smoked at least one cigarette, compared to 66% who started later and who are just soooo perfect, so why don't you go and have sex with them, you unbearable tit?

"More research is needed to understand these biological mechanisms," they wrote, like the colossal arseholes they are.

"Our findings support an important role for ovarian hormones in nicotine addiction and smoking cessation," added some speccy bastard who fails to understand my needs and makes me feel like a big, fat cow.

A spokeswoman for the Department of Health said: "You should try and quit regardless of your time of the month and whether or not your partner is behaving like a complete fucking wanker."