Four Out Of 10 Staff May Do Some Work This Year

FOUR out of 10 office staff are thinking about doing a bit of work at some point this year, a new study reveals.

Most cited the tedium of listening to co-workers talk about their weekend breaks, their relationships and their dangerously unhinged children as reasons for giving in and replying to a business-related email.

Others blamed the strain of always pretending to work, coupled with a vague feeling of hurt because no-one had noticed they had done absolutely nothing for at least a year.

Wayne Hayes, a motivated, team player at HSBC, said: "On my first day here my boss told me to just keep my head down and not make any work for her. She's not spoken to me since.

"I still have no idea what anyone in this office does and what, if anything, our department is for. But I have learned how to talk convincingly on the phone to no-one.

"Meanwhile, I've knocked my sudoku time down to 90 minutes and I'm building a model of the Sydney Opera House out of lollipop sticks."

Professor Henry Brubaker, of the Institute for Studies, warned that any major increase in working at work could have a catastrophic effect on employment.

He said: "What if everyone suddenly decided to stop arseing about and start earning their salary? P45s all round, that's what."

Darling Tells Idiots To Help Themselves 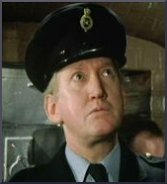 CHANCELLOR Alistair Darling has this morning opened the vaults at the Bank of England and urged Britain's idiots to help themselves.

The government agreed to the unprecedented £50 billion giveaway after a period of intense lobbying by a group of people who are terrible at running their businesses.

Mr Darling said the move would boost the economy by allowing banks to restart their idiotic policy of lending money to idiot borrowers.

Meanwhile, some of the financial industry's most senior morons queued outside the Bank overnight, hoping to pick up lots of fresh money as soon as the doors opened.

Andy Hornby, chief executive of HBOS said: "I has got a wheelbarrow, a shovel and one of them hard yellow hats. Look at me, I'm Bob the Builder! 'Course I'll be shovellin' tenners, instead of gravel and stuff."

Meanwhile, Lloyds TSB chief Eric Daniels, said: "I heard they got one of them billion pound notes in there. Imagine that! D'you think they'll let me have it? Promise I won't do nothin' stupid with it."

Mr Darling said that although each idiot was limited to one visit a day, they will be given 10 minutes to fill their bags, wheelbarrows and shopping trolleys with as much money as possible.

The chancellor added: "This may seem like I'm just giving away free money to halfwits.

"But there are rigorous safeguards in place so if things do go wrong the Labour Party ends up with the deeds to your house."