To be honest, I couldn’t really care less about what the shaven monks of Tibet are banging on about. They claim they’ve been oppressed in the past, but, even if this were true, it is still shocking sportsmanship to let that get in the way of such an esteemed event as the Olympics.

Some may be aware of their 'peaceful' protest marches in which they claim they’re fighting oppression. Well, as far as I can tell, the only thing they’re fighting is health itself, and the only race which is being oppressed now is the 400 metre hurdles.

My boyfriend, Donny, went out to fetch me some soy sauce last week, and returned wearing a ridiculous badge that was urging me to 'free Tibet'. After I’d ripped it from his lapel and severely reprimanded him, I demanded to know who he’d got it from so I could go and berate that person also.

It came as no surprise to me that Donny had been approached by a cult member in the street, and would have no doubt been brainwashed by sundown had I not the presence of mind to remove that badge and carefully dispose of it.

You see, these cultists can spot people like Donny at a hundred paces (by which, I mean they can spot the 'weak minded'). They say the Dalai Lama is a living god on earth, but I must ask: what kind of living god sends his followers to stand for hours outside HMV trying to force poor Donny to join some kind of evil sect and pass pieces of foliage off as 'lucky'? The answer is: a totally shit living god, and certainly not like the real living God, who lives in heaven and takes the waters with Mother Theresa and the Popes of yore.

So in that regard, I think it’s not only understandable, but necessary, that the Chinese government take that orangey cretin down a peg or two. Our country is in enough trouble when there are dolts like Donny wandering the streets in search of salty condiments without the Dalai Lama and his gang of misfits trying to sabotage the Olympics and create even more laziness, obesity and general ugliness in our primary schools.

Leave the Olympics alone. You don’t hear about the long jump pointing a gun in someone’s face, or synchronised swimming herding billions of Jews into concentration camps. Tibetans have had all the time in the world to start kicking up a stink about their boring issues, so why have they chosen now to do it? The answer is threefold: because they are jealous, because they are terrorists and because they don’t exercise enough

Bulimia Not The Same As Being A Greedy Bastard, Say Doctors 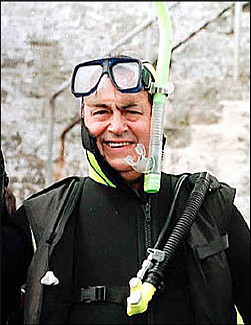 DOCTORS last night attempted to end of confusion over the symptoms of bulimia, stressing it was not the same as being a big, greedy bastard. There are fears that GP surgeries could be overwhelmed after reports the disorder may now be affecting fat people who like to stuff their face.

Dr Wayne Hayes, of the Institute for Second Helpings, said: "In our studies we always separate the subjects into two groups.

"Although some of the people in group 'B' eat so many biscuits they end up making themselves sick, it's not the same thing."

Dr Hayes said bulimia was more likely to affect young women with self-image problems, while being a fat bastard tends to affect MPs with access to large amounts of free food.

"Of course being an MP can be stressful, especially if you keep making an arse of yourself on Newsnight.

"But instead of being a big, greedy bastard, why not go for a long walk or perhaps enjoy a luxury scuba diving holiday at the taxpayers' expense and then claim it was a 'trade mission'?"