Otherwise intelligent man believes he is good at betting on sport

A SEEMINGLY rational man has boasted about his talent for gambling on sporting events.

Tom Logan appears to be a fully functional adult human being, but when talking to friends and colleagues he frequently reiterates his belief that he is ‘good at betting’.

Friend Emma Bradford said: “It’s like meeting a grown adult who believes in the Easter Bunny.

“Tom talks about his bets it’s as if he’s in The Big Short, a savant using his unique gift to beat the system.

“The reality of it is that he ‘sort of fancied Arsenal would beat Huddersfield’ and he bets on Wigan in rugby league every week because they were really good back in the 90s when he last saw a game.

“I’m sure the bookies are quaking in their boots.”

Although he regales anyone who would listen with tales of his successful Premier League accumulator placed six years ago, Logan makes much less of his string of ‘dead certs’ that oddly did not come to pass.

He said: “The bookies may have their algorithms and their full-time researchers, but I have something much more powerful – a gut instinct.

“I do lose the odd bet. It’s still a lot of fun though, because betting shops have such a vibrant, uplifting atmosphere.” 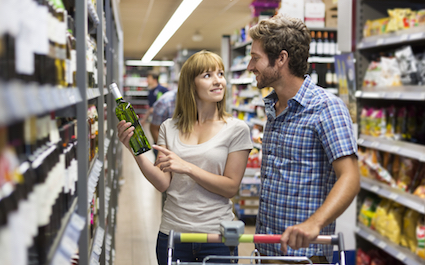 A COUPLE have added extra alcohol to their shopping trolley in case they are trapped in the house by heavy snow.

Nathan and Laura Muir, from Stevenage, which forecasters have warned will not get any snow his weekend, believe they are doing the sensible thing.

Nathan said: “No, two bottles of vodka, one of whisky, ginger wine and we may as well get six of prosecco. To be on the safe side.

“It’s not just Saturday and Sunday, this could carry on well into Monday so we won’t be at work, so we’ve got to plan for that as well. Probably better get some brandy. That’s warming.”

Muir added: “Shit, we’ve forgotten milk. And bread.  It’s too late to go back now. It could start snowing at any point and we could die within seconds.

“Best to get home and make sure this litre bottle of Jack Daniels hasn’t gone off.”