Pearce selects a blend of hopeless and not good enough

During a press conference largely comprised of questions beginning ‘Why the fuck…?’, Pearce outlined his plan to see exactly what the youth players can’t do.

It relies heavily on the team somehow translating the concepts of ‘passion’ and ‘commitment’ into not letting their footballing superiors knock six past them. Pearce acknowledged that screaming at them from the sidelines whilst gesticulating wildly would also play a part.

He said: “During my time at Manchester City I steered them to 15th place, showing I can manhandle a well-supported team to levels of mediocrity with nothing but a mob of barely-mobile lumps of protein at my disposal.

“I know Harry has the edge over me with his one FA Cup win in 29 years of football management but what I feel I can bring to the table is the kind of unblinking, terrifying stare you normally see from a customer who’s just had the waiter offer his wife a cheeky kneetrembler in the cloakroom.”

Frank Lampard is currently being treated for shock after his omission from Pearce’s squad brought the realisation that there are 25 Englishman less useless than him at football.  He has also consulted his lawyer to see whether the current spate of managers not picking him for every single game breaks some kind of FIFA rule.

Questions were asked why Stewart Downing was picked over Alex Oxlade-Chamberlain despite the fact the latter is a talented, exciting prospect and the former has failed to find a teammate even when passing them the ketchup in the canteen this season.

Pearce said: “Alex. Bugger. I’d forgotten about him. Give me that bit of paper, let’s have another go.” 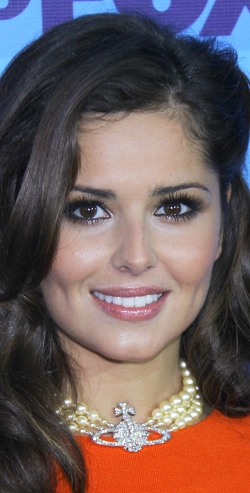 THE new Sun on Sunday will continue the story of star-crossed lovers Cheryl and Ashley Cole from last year’s cliffhanger ending.

The front page of the penultimate News of the World, published in June 2011, revealed the surprise twist that Ashley had been invited to his ex-wife’s birthday party, where she had given him a lapdance.

But since the newspaper’s closure an avid public has been largely ignorant of the couple’s relationship, its only source of updates being gossip magazines whose journalism falls well before the rigorous standards of News International.

As speculation about the couple grows, T-shirts with the slogans Don’t Do It Chezza and I Believe In Second Chances have already been worn by Chris Martin of Coldplay and the entire Chelsea team, while a punter thought to be a member of the Royal Family placed a £100,000 bet on them remarrying in 2012.

Rupert Murdoch, announcing the launch of the Sun on Sunday last week, said: “The nation has been on tenterhooks.

“Can Ashley change? Can Cheryl trust him again after his affairs? The answers will surprise you – and they’re exclusive to the Sun on Sunday.”

Beauty therapist Donna Sheridan said: “I haven’t able to eat or sleep for worrying about Cheryl. Surely she can’t fall for his lies again, but how can she turn her back on the love of her life?

She said: “There have been stories in the Star, of course, but they just make up any old shit to sell papers. I know that the Sun on Sunday will go to any lengths, whether paying prostitutes, taking illegal telephoto lens pictures on private property, or hacking phone messages, to get the truth.

“Apparently the next revelation will be that Ashley has two penises – one good, one evil.”

Besides the greatest love story of the modern age, the Sun on Sunday is also expected to contain football, jingoism and bingo. And tits.