MARK Hughes has defended QPRs start to the season, saying they are technically above the top of the second division.

The QPR board had criticised Hughes’s decision to use a copy of the ZX Spectrum game Football Manager to organise his tactics.

However, after meeting with Hughes to discuss his latest decision to have the team pass the ball to Taarabt under every single circumstance including taking a penalty, the board have allowed him to continue in his role, citing morbid curiosity about where this is all going.

Hughes justified his position, saying: Soon, opposition teams will feel so secure theyll only field half a dozen YTS players.

“Then we will strike, using my patented tactic of having the front two distract the goalkeeper by starting a conversation about the X Factor while a midfielder tiptoes past with the ball.

But until then were still sitting pretty above all those losers in the Championship until at least May, as my colleagues assure me theyre not allowed to relegate a team until the season actually finishes.

QPR face Manchester United at Old Trafford in their next game, forcing bookmakers to consult with theoretical mathematicians to provide a sufficiently large number for the odds against an away win.

Hughes added: Just knowing that the only viable alternative is Harry Redknapp gives me a real sense of job security.” 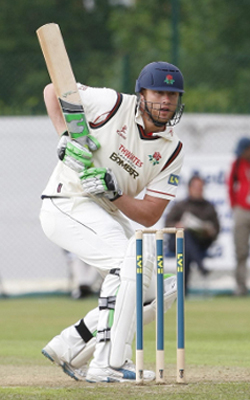 SPORTING icon Andrew Flintoffs foray into boxing will be made easier by the presence of his trusty 3lb bat.

The World Boxing Association has approved the former cricketer’s application to fight using his Wormwood cricket bat provided he avoids his opponent’s genitals.

Flintoff’s trainer Barry McGuigan said: This turns Freddy from a boxer with no real aptitude for the sport at all, into a very, very dangerous fighter indeed.

Flintoff said: “With my bat I’m like a surgeon. It’s a weapon, a shield and if you hold it at either end across your opponent’s throat you can use it like a garrotte.”

He followed up his comments by brutally cover-driving journeyman fighter Stephen Malley straight to the temple.

Flintoff said: Ive really missed that sound of skull on willow, and the combination of the blood and linseed oil gives the bat a lovely rich sheen.

Flintoff is the second person to be allowed a sporting weapon in the boxing ring. Seve Ballesteros fought Chris Eubank with a 9-iron at a 1993 fundraiser where the boxer famously lost use of his soft palate.