A SPELL-CHECK error has seen Harry Redknapp mistakenly cite a knee operation as his reason for leaving relegation dead-certs QPR.

Redknapp said: “Honestly, I’ll never get the hang of these iPhones. I meant to write: ‘I’m leaving QPR because of their impending relegation’ but the bloody spelling thingy altered it.

“It was such an obvious mistake, I’m surprised the press actually ran with it. I mean, clearly, as a rational human being, the reason I want to leave QPR is that they’re quite shit.

“I’m a professional manager with a reputation to consider, so I don’t want to piss my time away flogging the skeleton of a dead horse.

“And as for the whole ‘knee operation’ thing, I mean, come on. Managers don’t need knees.”

Redknapp revealed he would now be taking a break from football, in order to establish a new business venture buying and selling the wheeled villains from the 1985 film Return to Oz.

Criminals who were hungry at the time to get pardons 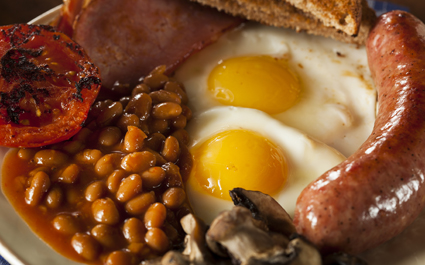 PEOPLE who committed crimes while hungry are to be released from prison.

The landmark ruling follows the acquittal of 28-year-old Julian Cook who burned down a neighbour’s house after only having an orange for breakfast.

A High Court spokesman said: “As the advertising industry is constantly telling us, you are not yourself when you are hungry.

“Couple this with misguided government campaigns telling people to lose weight by eating less and you really cannot blame people for doing serious crimes like arson and murder.”

58-year-old Norman Steele robbed a dozen banks over a six month period after he stopped having crisps as a snack.

He said: “After I gave up my mid-morning bag of ready salted Walkers I found I was tetchy and constantly plotting detailed robberies. On a full stomach I don’t even like guns but while peckish I tend to brandish them.

“And if I don’t get a full night’s sleep I will definitely do some credit card fraud the next day.”