Rodgers sacking 'all part of his masterplan'

BRENDAN Rodgers has confirmed that being fired was something he had planned all along.

After poor results which saw Liverpool adopt a 1-2-0-2-2-1-1-1 formation in a bid to score using neuro-linguistic programming techniques, the club decided to find someone ‘less sophisticated’.

Rodgers said: “I will now sit on my sofa in my pants for the next three months, eating Wotsits and staring at my self-portrait. This will generate an upturn in results with a draw away at Norwich in January.

“In 2018, when I’m doing after dinner speeches in Dubai, Liverpool will win the League Cup as a result. It’s all in my dossier.”

In a statement, the club thanked Rodgers for ‘whatever the hell it was he had been doing for the past three and a half years’.

It is understood Rodgers offered to write the statement himself, claiming to be ‘one of the world’s top five sacking statement writers’. 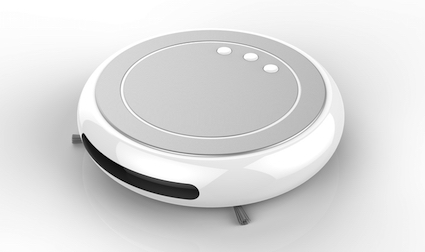 ROBOT vacuum cleaner company Roomba has unveiled a robot which shaves you while you sleep.

The disc-shaped robot, the size of a bar of hotel soap, glides silently over your face every night between 2am and 4am leaving you fresh for the boardroom without even glancing in the mirror.

A spokesman said: “Coming soon is the Roomba Ladyshave which will roam a woman’s entire body making sure she is pleasingly depilated like the ladies of Xvideos.com.”

But early adopter Roy Hobbs said: “The first time I used it, it decided my arse was my face and eventually I had to download some software to detach it from my scrotum.”

He added: “I’m sticking with the Dyson Hairblade, where I simply stick my face into a whirling cyclone of razor-sharp knives.”