PORTUGAL’S Cristiano Ronaldo has accused a goalpost of ruining a game with its petty mentality.

After kicking the ball right into the post in St Etienne’s Stade Geoffroy-Guichard, the theatrical midfielder repeatedly held his arms out with upturned palms, dismissively waved his hand about and then scowled.

He said: “I just want to play in my usual overwrought and dramatic fashion, but it’s hard for me when this goalpost doesn’t try anything.

“You’d think it won the Euros, the way it just stands there. It’s never going to achieve anything in this competition.”

Cat’s owner thinks it has favourite flavour of catfood 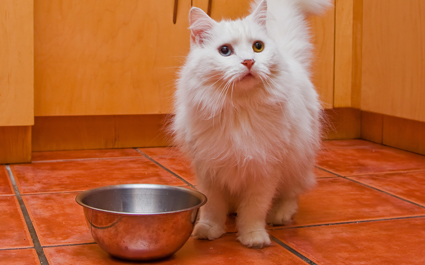 A CAT owner believes her pet discriminates between different flavours of meat chunks.

Fisher said: “He’s a poultry-loving cat, as you can tell from the way he wolfs down the turkey chunks like a furry gourmet.

“Friends say he behaves similarly with the beef and salmon varieties but I know my cat, he’s just very intelligent and a bit of a ‘food’.”

“Those metallic catfood pouches are all the same anyway – they just get a goat that died of old age, pound it flat with mallets and then pour fat all over it. I saw it on a documentary.

“And to be honest, I wouldn’t have it any other way.”