MANCHESTER United has made Wayne Rooney its new captain as reward for his unswerving dedication to the club.

According to chief executive Ed Woodward, the appointment is the logical next step in Rooney’s Man United career, after the 28-year old demonstrated his loyalty by submitting just two transfer requests in the past four years.

Woodward said: “He has worked tirelessly to inspire his teammates through his repeated efforts to force a move to Real Madrid, his constant jockeying for a wage increase and his recurring bouts of fatness.

“We’re confident that he will set an excellent example to younger players, who can always look to him for a comforting elbow to the ribs or a quiet four-letter word in the ear.”

Manchester United fan Donna Sheridan said: “It’s a good thing there are no recent instances of this club getting a big decision wrong, as the seamless handover from Alex Ferguson to Louis van Gaal demonstrates.”

Rooney has promised to repay the club by gorging himself on waffles, getting in a mood, and demanding another pay rise in six months’ time.

Maths is no place for a woman, claim Pi and the square root of two 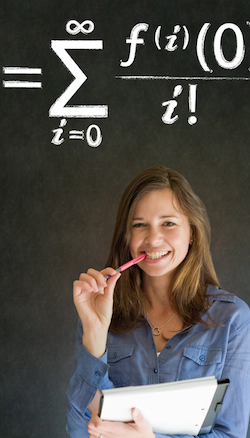 WORKING with complex numbers is tough, dirty and should only be done by men, according to some of the universes leading mathematical constants.

As Professor Maryam Mirzakhani became the first woman to win the coveted Fields Medal for mathematics, constants including Pi, e and the square root of two said ‘lady maths’ could undermine discipline, reverse linear time and turn circles into oblongs.

Pi, also known as ?, said: Im very heavy. If a woman tries to lift me she could drop me and then all the circles will have no idea what area they cover and will immediately collapse in on themselves.

How are you going to get to work without circles?

e, the exponential growth constant, added: Women get very emotional when confronted with the concept of exponential growth. Whereas a man would have none of it, a woman will panic and before you know it absolutely everything in the universe is far too big.

And the square root of two said: I was invented by Pythagoras, not Mrs Pythagoras. She brought him lots of soup while he was inventing me and for that she deserves a huge amount of credit.

But Pythagoras always made sure he never left me alone with her in case she tried to ‘improve’ me.

And thank goodness otherwise he would never have discovered two, and without two youre a bit fucked.