Police to be trained in not f*cking things up

THE police are to receive training in how to get on with solving crimes rather than just f*cking things up.

The radical new approach to policing will involve catching criminals instead of having sex with activists, taking bribes from newspapers or shooting the wrong person.

PC Tom Booker said: After attending workshops about the benefits of nicking criminals I chased a thief and caught him, then managed not to lose the paperwork before the trial.

Also I interviewed a female crime victim without borrowing money off her, threatening to beat up her boyfriend or hiding in the bushes outside her flat.

Later on I saw an Asian man driving a top-of-the-range BMW, but instead of stopping him I assumed the car belonged to him and he may simply have had a good job.

This is community policing at its very best.

The Home Office said the new approach to police work was already having a positive effect on crime statistics, mainly due to the police committing less crime.

Office worker Denys Finch-Hatton said: Last week I reported a break-in and the police came round straight away, rather than sending a bored PCSO with a leaflet three days later. It was like being in Miami Vice or something.

Also they didnt act all hard or make me feel like I was the one whod committed the crime. I hope they were real policemen.

Chelsea somehow the underdogs against Burnley 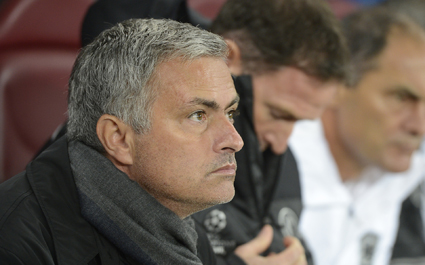 JOSE Mourinhos Chelsea will be the plucky minnows when they visit newly promoted Burnley.

In the latest of his famous mind games, Chelsea boss Mourinho has pulled off a significant tactical coup by securing the status of gutsy underdogs despite being amongst the title favourites.

But isnt that the beauty of football that on their day 11 multi-millionaire superstars can beat a team of stalwarts called things like Michael Duff?

I just hope our lads dont get too overawed, I know Cesc Fabregas has spoken of it being an honour to visit Turf Moor.