Rugby ‘can turn you into a bellend’

THE risks of rugby include getting a taste for moronic drinking games and trouser-dropping stunts, it has emerged.

After doctors warned the sport was too physically dangerous for schools, experts argued that the real peril to players is becoming the sort of person who thinks drinking a pint of piss is good blokey fun.

Amateur rugby player Tom Logan said: “The chances of being seriously injured are small, but there’s a 95 per cent chance you’ll start going on boozy coach trips and running naked through hotels trying to whip your mate’s arse with a towel.

“In addition to getting staggeringly drunk in large, threatening groups, you will probably also feel the urge to take your trousers off in the middle of Pizza Hut.

“You’re likely to develop an interest in misogynistic songs, possibly involving digging up a dead prostitute or some equally juvenile attention-seeking nonsense.

“There is also a very high risk of starting to wear a blazer with a badge.”

Sports scientist Donna Sheridan said: “Rugby can cause serious ailments such as torn ligaments and spinal compression. It is character-building, although the character is builds is that of ‘very loud twat’.” 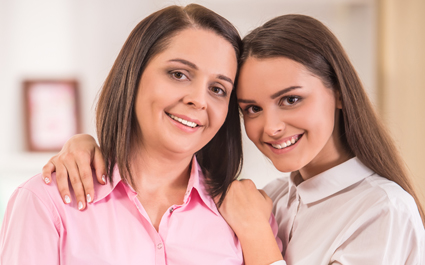 A 46-YEAR-OLD woman who claims people regularly mistake her for her 22-year-old daughter is clearly lying.

Nikki Hollis, a delusional youth-obsessed woman who still goes to nightclubs, said: “Although I’m more than twice her age, my amazing figure and youthful complexion mean that friends often mistake me for my daughter, Carol.

“Either that or they think we’re sisters. It happens all the time!”

However family friend Mary Fisher said: “It never, ever, happens. Maybe once she asked me ‘do you think I look like Carol?’ and I politely grunted.

Carol Hollis said: “It’s true that my mum does borrow my clothes. However they’re always stretched to fuck when she gives them back.”