From next season teams will be encouraged to pick off each other’s players and management with sniper rifles, land mines and grenades.

A league spokesman said: “For years Rangers and Celtic fans have put in a huge amount of effort to ensure that insane violence remains a vital and thriving element at the heart of the Scottish game.

“By trying to kill Celtic manager Neil Lennon with a parcel bomb Rangers’ boisterous fans are sending us a message that they now want the league to take the next logical step.”

He added: “Scottish football has never really been about football, as anyone who has seen one of the matches would almost certainly agree.

“It’s about a clash of twisted ideologies fuelled by delicious, high-strength alcohol and an education system that sensibly divides children into Catholics and Protestants as soon as they can spell the word ‘hate’.”

The move has been welcomed by other clubs who say that competitive murder could finally end the domination of Rangers and Celtic.

A spokesman for Dundee United said: “They will be able to afford bigger bombs and guns and bring in expensive foreign assassins who want the chance to kill people in Europe, but we will focus on guerilla tactics and the element of surprise.

“I see us very much as the Viet Cong of the Scottish premier league.” 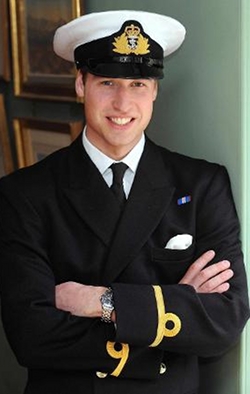 I’LL be so pleased when this whole wedding business is out of the way. I’ve never been quite sure why one needs to get married in the first place.

In fact, I still don’t really see why one even needs to have a girlfriend. Take Uncle Edward, he’s married and he spends the majority of his time shopping for furniture. Don’t get me wrong, women make great pals – I talk to Kate all the time about clothes and TV shows and my feelings.

My first record reminds me of a fantastic night a couple of years ago when my friend Seb took me to this club called Motherload. The atmosphere was fantastic and everyone was so friendly and full of energy. They played this brilliant record that night called Your Disco Needs You by Kylie Minogue. As the bass line pumped and pumped and pumped, I felt myself being carried away by the beat.

My grandfather recently told me that there are two things in life you should always remember. One – never be left alone with a Chinaman, and two – marriage is about sacrifices. Sure enough Kate is insisting I get rid of my favourite bodyguard, Serge. He used to be in the French Foreign Legion. I don’t know why, but Kate appears to be a bit jealous of our friendship, which is a shame because Serge is a very cool guy.

My second record is one of my all-time favourites and brings back some fabulous memories – it’s Go West by The Pet Shop Boys. It’s a happy, upbeat song that makes me want to dance all night and it’s also a great soundtrack for an intense work out with a mate.

After the wedding, it’ll be back to work. I love being in the armed forces. I’ve spent time in the Army, the Navy and now the RAF. I think I preferred the Navy. The camaraderie was very comforting. And there will no doubt be loads of pressure on me and ‘the Katester’ to have children. My father keeps stressing that this is ‘the whole point’ and that as soon as I get it over with I can ‘live life on my own terms’. I’m not sure he’s right about that bit. It would be nice, but somehow, I just don’t see it…

My next choice is the The Trolley Song from Meet Me in St Louis. It’s a truly great performance from Judy Garland in one of my absolute favourite films – up there with My Fair Lady and Grease. As far as I’m concerned, Judy is a mega-legend. In some ways she reminds me of my Great Aunt Margaret, although I’m not sure Judy was quite as fond of black men.

For my book it would have to be Brideshead Revisited. There’s a very touching friendship at the heart of it and it’s mercifully free of gratuitous sex scenes. Who wants to read about some woman getting all excited in bed?

And for my luxury, I’d like the complete DVD boxed-set of Tom Cruise films. He’s a wonderful actor and I’ve always had this feeling that if we ever met we would become lifelong friends.