Murray scripted to win something that matters

ANDY Murray has been scripted to finally win the only tennis tournament that actually counts.

Murray, whose gold medal at last year’s Olympics will look good in the montage, will also have a stormy romance which will be resolved at the same moment as his Centre Court triumph.

A spokesman for the Lawn Tennis Association said: “The rank-outsider winning Wimblodeon is a bit far-fetched so we’ve invented a backstory about him winning a made-up tournament in America, where they dont even play tennis.

Obviously it’s a shame he’s Scottish, but we’ve got Rupert Everett in to do the overdub when he’s taking to Sue Barker.”

According to the script, Murray progresses to the semi-finals while having the time of his life off-court with new love Strawberry St Cream, played by Carey Mulligan in a big white floppy hat and a short skirt.

They meet when she is serving tea in china cups on the top deck of a Routemaster, have their first date in a quirky restaurant behind the face of Big Ben, and share their first kiss while skinnydipping in the sparkling blue waters of the Thames.

The spokesman added: But the romance hits the rocks when he finds out she used to date his swarthy rival, Diablo Nadal. When he discovers red clay smeared on her bedsheets he wrongly assumes theyve been at it again.

I wont spoil the ending, but lets just say that hes lucky in love and overcomes Diablo’s blatant cheating to win a thrilling finale.

“Unfortunately a bit with Cliff Richard singing in the Royal Box had to be cut because Cliffs in hospital for his 150,000 mile bowel change, so weve got Dizzee Rascal instead.

A subplot with Tim Henman as Murrays curmudgeonly old mentor has been cut because, according to an insider, ‘he couldnt even do that right’. 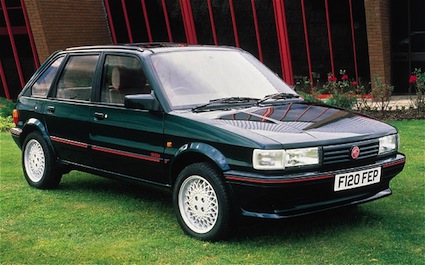 THE five-door hatchbacks featured in BBC medieval drama The White Queen are not old enough, it has emerged.

The series, set in the mid-15th Century, depicts the lead characters travelling in an Austin Maestro or a Fiat Strada, instead of the more historically accurate Renault 6 or Austin Maxi.

A BBC spokesman said: “It’s a very easy mistake to make. You’d have to be Simon Schama to know that Edward IV should not have been driving a Maestro.”

The corporation promised that in the second series, Henry VII will win the Battle of Bosworth Field using a 1968 Jensen Interceptor.