TIM Sherwood and Brendan Rodgers will drive around the country solving mysteries, they confirmed yesterday.

The duo have launched a detective agency called ‘Rodwood’, promising to deliver their special brand of justice wherever they are needed.

Rodgers said: “Each week I will have three envelopes, one of which will contain the name of the criminal we’re after and the other two will have a series of excuses why we didn’t catch them.

“We’re hoping for a 61% conviction rate, which is enough to put you in the top four of crimefighting duos alongside your Dalziel & Pascoes and your Rosemary & Thymes.”

For their first case, a series of small bandstand fires in a Carlisle park, Rodgers has asked the local authority for a budget of sixty million pounds to assemble a team of promising young detectives from across Europe, as well as Joe Allen.

Sherwood said: “Tim Sherwood will get results because Tim Sherwood does not know the meaning of the word ‘failure’, despite the numerous chances Tim Sherwood has recently had to find out.” 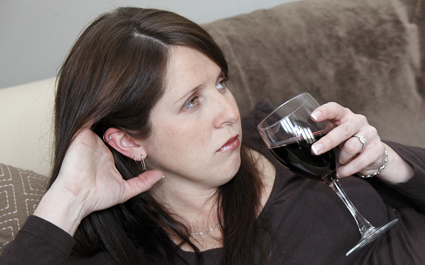 A MOTHER-OF-TWO is still on the sofa clutching a glass of red wine since hearing Adele’s new song Hello.

Family members found 33-year-old Emma Bradford curled up under a knitted blanket with a strange, regretful look in her eyes.

Her partner Stephen Malley said: “After dinner she said she was going to listen to the new Adele song, which the kids and I took as a warning to stay out of the living room.

“This morning the door was still closed. I opened it warily to find her motionless on the sofa with a glass of wine in her left hand, a soft centre chocolate in her right and the laptop still open on the Adele song YouTube page.

“She won’t speak or make eye contact. I tried playing some 90s hip hop which always annoys her, but she just pulled the blanket over her head.”

Bradford’s six-year-old daughter Rosie said: “Mummy’s gone. Adele took her to a place and she never came back.”

Psychologist Nikki Hollis said: “The powerful sad emotions in Adele songs can overload the female cerebrum with memories of getting dumped. We call it ‘going into the A-zone’.

“The listener becomes locked inside bittersweet visions of skimming stones on a Dorset beach with a tousled-haired boy who went on to finger her cousin. The only cure is for the sufferer to hear the song again and again until it starts getting on their tits.”