ASTON Villa boss Martin O'Neill last night defended fielding a 69 year-old tea lady in central defence after his side were dumped out of the Uefa cup.

Margaret Gerving, who has been serving delicious refreshments at Villa Park since 1983, said she enjoyed her first outing and that her acrylic hip joints had performed surprisingly well.

The grandmother of eight said: "I'm more of an attacking midfielder but I'm happy to play wherever the boss needs me. I just hope my series of severe angina attacks whenever the ref blew his whistle did not distract the other lads too much."

Mrs Gerving added: "This is my grandson Stuart. He's studying mechanical engineering at Warwick. I don't like his girlfriend though. Very full of herself."

O'Neill opted for an experimental 4-1-0 line up against CSKA Moscow, including Mrs Gerving, two year-old Spiderman enthusiast Kyle Stephenson, the late Danny Blanchflower, and an atom of hydrogen at right-back.

He said: "I wanted Margaret to put her foot on the ball, calm things down and build from the back. I did not expect her to bring a folding chair, a walkman and the audio book of Passion's Promise by Danielle Steel.

"It was probably for the best when the big lad knocked her over and ruptured her colostomy bag."

With Villa fourth in the Premier League, O'Neill said he wanted to rest key players in their push for the title. But Man Utd manager Alex Ferguson described the tactic as 'pissing a fire door shut', adding: "Title-contenders my furious, purple arse." 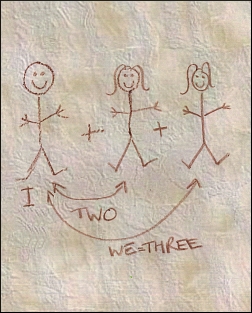 Using a powerful IBM super-computer researchers have shown that the earliest words used by man were 'I', 'we', 'two', 'three' and 'how do you know until you've tried it?'.

Henry Brubaker, of the Institute for Studies, said: "Early man has invited two girls round to his cave for a typical Friday night get-together of meat, fire and a few pints of fermented yak juice.

"Once everyone is nice and relaxed he passes them a small fragment of bark on which he has scrawled some rudimentary stick figures communicating his desire to have grunty sex with both of them at the same time.

"Despite his exuberant hand gestures the women giggle but look confused at which point early man, feeling the moment slip away from him, utters homo sapiens' first momentous words 'I… we… two… three', quickly followed by 'oh go on'."

Professor Brubaker added: "We'll never know if he succeeded, but a little bit of me likes to believe that he did."

The study also revealed that the next eight words used by humans were 'with cheese', 'feels like flu' and 'celebrity wardrobe malfunction'.

Using the same computer programme researchers are also predicting that a number of common words and phrases will soon become extinct including 'unarmed 12 year-old', 'common decency' and 'can you believe I only paid £150,000 and now it's worth three-quarters of a million'.