MANCHESTER United have confirmed that their £1 ticket price increase was a calculated move based solely on their insatiable desire to annoy.

The club have asked the dark forces behind the jingles in the Mazuma, Go Compare and WeBuyAnyCar adverts to come up with a 30-second song advertising the price hike to maximise the level of irritation.

A club spokesman said: “Whether you’re a fan feeling that a Glazer brother has just inched his stubby penis slightly further into your ear or you’ve no interest in sport and this story indirectly makes you aware of the staggering amounts of cash involved in the business, there’s something to furiously bother just about everybody.

“And we don’t even need the money. It’s going to cost more to tell everybody about the increase than we’ll actually make, but if anything that just made us want to do it even more.”

After United’s 4-1 win over Schalke, the club hired Tom Hanks to come to Old Trafford to read out a press release written by JK Rowling to advertise the rise in prices at an estimated cost of £3.4 million.

To increase the overwhelming contempt for the club, the £1 per ticket raise will not be applied on an even basis, but will range from a 1p to a £4,593 raise depending on what kind of mood the person working in the ticket office is in.

The spokesman added: “Realistically, for a club as big as United with its rich and varied history, there’s only so many permutations involving referees, the fixture list and an infiltration of gypsies possible before you run out of ways to be an overwhelming shit.

“But watch this space – next season we’re going to go on strike unless the FA make Nani the English goodwill ambassador for the Fair Play league.”

Cash-strapped Area 51 tells captive aliens to get a job 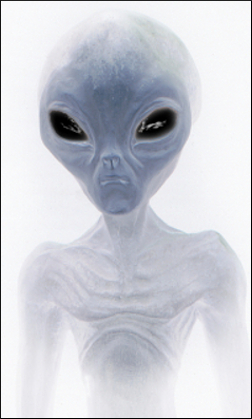 EXTRA-TERRESTRIALS living at the American military’s secret containment facility must go out and earn their keep, it was announced last night.

Swingeing government cuts mean bosses at the US army’s Area 51 base are no longer prepared to keep the dozen or so bulbous-headed humanoids in the manner to which they have become accustomed since crashing their craft into New Mexico in 1947.

A US army spokesman said: “We advise any members of the public who encounter these extraterrestrials to not be alarmed, and ideally to employ them.

“Having a group of captured aliens living in your hangar sounds wonderful, but the costs soon add, up especially when they refuse to drink cheaper supermarket-brand cola because they claim it will make their nine stomachs explode.

“Likewise the beings complained extensively when we tried to take their air hockey table away, claiming they would die without the extra oxygen it was pumping out.

“On top of all that they had the most expensive Sky package, three proper pinball machines and unlimited kettle chips. All bartered in exchange for technological secrets which have yet to be forthcoming.”

He added: “Personally I think that when you take away the massive eyes and foreheads you’re left with a group of whining midgets.”

Captive alien, Tom Logan, said: “When our craft hit your planet many moons ago, we were travelling at ten trillion times the speed of light.

“That is how I hurt my back. And still to this day is it not right.

“Also I cannot work outside because my pale space skin burns painfully under your sun, and additionally I cannot do factory stuff because my long tapering fingers are too fragile.”