United to play rest of season behind closed doors

MANCHESTER United has banned all spectators because they’re putting off the players.

The noise levels will remain about the same

Following a defeat and a draw in their first two games of the season, the club decided that continuing scrutiny is only getting everyone down.

Manager Louis van Gaal said: Anyone expecting to see exciting, end-to-end football the way United used to do it is only going to be disappointed, and why should we have to put up with their miserable faces?

No spectators will be allowed through the gates, apart from anyone with a cheap season ticket at the back of the top tiers who cant see anything anyway.

Fans are, however, still required to spend a minimum of £120 per game in the club shop.

“During live broadcasts assistant coach Albert Stuivenberg will portray the on-pitch action with the same glove puppets that he uses to explain positional play to Tom Cleverley.”

For example, if Burnley claim they earned a 2-2 draw and we say we beat them 4-1, then who are you going to believe?

Them, or our expensive lawyers? 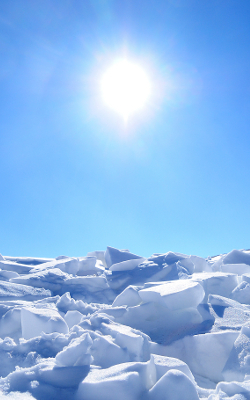 EARTH’S most famous inhabitants are being challenged to survive a millennium-long ice age for charity.

Benedict Cumberbatch is in there somewhere


The Earth is poised to unleash an overdue ice age, spreading from both poles until the entire surface of the planet is below freezing, because it wants to see the hilarious expressions on our faces when it hits.

It said: I had no idea you guys were so into the ice thing. Ive been holding back for ages.

Its going to start in Los Angeles, where Im particularly excited to see Johnny Depp, Emma Stone and Jason Statham try to outrun the encroaching ice before being buried in snow.

And the great news is it isnt limited to the famous. Everyone on my surface gets to take part, and for everyone that dies Ill give five dollars to fighting a disease.

Not that there will be any diseases left. Or money. But I will get to see Mark Zuckerberg encased in ice and worth precisely nothing.

The Earth has asked everyone to film their faces as the air temperature drops to minus 80 degrees centigrade so future civilisations can enjoy the fun.

It was nominated for the challenge by Mars, Pluto and Jupiters frozen moon Europa, all of which used to harbour intelligent life.