THE Uruguay team known to fans as La Familia Negritos are preparing for tonight’s clash in the Negrito World Cup.

Luis Suarez, wearing the Negrito Nueve shirt, said: “Tonight I am completely focused on getting La Negrito Pelota, as we call the ball, in the back of El Gol Negrito, as we call the goal.

“The match will also be an opportunity to educate English players who doubted my assertions about Uruguayan culture.”

Negrito, a Uruguayan word without any racist meaning attached to it, will be shouted throughout tonight’s match as it is during every sporting event, rock concert and family barbecue in Uruguay.

Fan Oscar Rodo said: “We chant ‘Negrito!’ to spur the players on, or shout ‘Negrito!’ to encourage them to take a shot, or boo ‘Negrito’ if we’re not doing too well.

“I’ve brought some Negrito beers from home and made the traditional Uruguayan snack of barbecued beef in a bun with mozzarella, tomatoes and mayo, which in our language is a Negrito.

“You don’t have the word Negrito in England? But then what do you call things?”

Becoming friends with neighbours will ruin your life 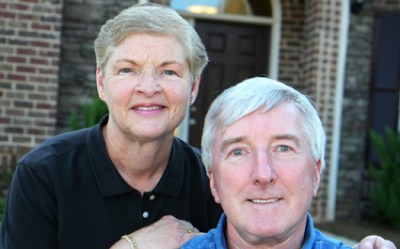 SOCIAL contact with neighbours must be avoided at all costs, experts have warned.

Once friendly terms have been established with neighbours, psychologists say victims will never escape unbearable conversations and gifts of undrinkable wine.

Dr Alice Peterson said: “Once the neighbours get their claws into you, it is impossible to ever completely get rid of them, like herpes or the Conservative Party.

“Even the merest amount of civil behaviour will be interpreted as an unbreakable spiritual bond.”

Office worker Nikki Hollis said: “I made the mistake of nodding at them, and now it’s like we’re serving a life sentence together.

“They’re coming round every five fucking minutes to have long, one-sided ‘chats’ about their kid getting into Loughborough University.”

Dr Peterson stressed the only escape was to live in a hot air balloon or an abandoned car.