WEARING a replica football shirt magically gives you the strengths and weaknesses of the team in question, scientists have discovered.

Professor Henry Brubaker, of the Institute for Studies, said: “Initially, we only sought to find out why men thought they could go down the pub wearing a shiny Christmas paper shirt prominently displaying the logo of a Far Eastern bookmakers.

“But, astonishingly, we discovered that the shirts somehow bestow the qualities of their team on their wearers.

“Manchester City shirts make you incredibly talented but prone to blame your boss for any shortcomings, West Ham shirts give the wearer speed, flair and crippling nostalgia issues, and if you put on a Newcastle United shirt within moments you’re a total fucking mess.

“Unfortunately we’ve been unable to confirm the effect of wearing an Aston Villa shirt, because we’ve not been able to find a test subject willing to put one on.” 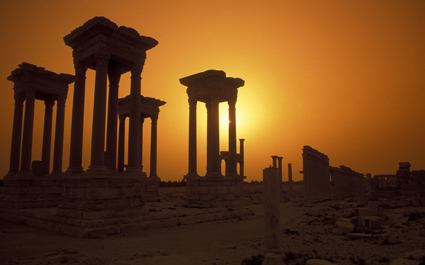 A MIDDLE CLASS family has booked a trip to Palmyra in Syria to see the historical site before the crowds.

The Bookers believe the ancient city, retaken from ISIS last week, offers a perfect chance to give their children an educational experience nobody else has had yet.

Father Tom Booker said: “The guided tour adverts will be in the Observer soon enough, you mark my words.

“I’ve already seen one in the London Review of Books offering a semi-destroyed shack as a writer’s retreat, so by June the quinoa crowd will be all over it.

“Imagine coming back from the Easter break with photos of the kids in front of the shattered remains of the Temple of Bel. It’ll put last summer’s Pripyat trip to shame.”