THE Referee’s Association is to make Howard Webb live in Bootle for three months.

Webb waved play on after Luis Suarez was brought down in the penalty area, on the basis he was probably asking for it.

Arsenal went on to win the game despite Liverpool’s best efforts to have Steven Gerrard kick as many people as he could.

Before the match, fans highlighted Liverpool’s poor success rate for games officiated by Webb, although this has to be placed in the wider context of Liverpool’s general awfulness.

Bootle resident Wayne Hayes said: “We will give Howard the kind of welcome you’d expect for a Yorkshire-born ex-copper with an inflated sense of self-importance.

“Every piece of animal excrement placed on, in or near his house will be indicative of our trademark sense of humour.”

Guards will be posted outside the new Howard residence, situated opposite local pub The Kop & Grudge-Holder, but have been instructed to not notice blatant offences against him.

Webb said: “Oh no, is everybody talking about me instead of the football?

“I hate it when that happens. What else are they saying about me?”

Award makes actors feel better about not having proper jobs 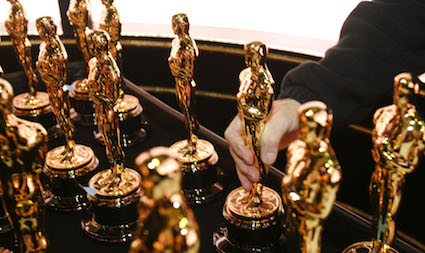 PEOPLE who act have been given awards to make them feel better about being unable to get proper jobs.

The awards exists to encourage actors and film-makers, who would otherwise be overlooked by a society that has no interest in celebrity, to feel positive about themselves.

A spokesman said: “We have to periodically give them shiny objects, mainly out of pity.

“Most actors cannot pass the exams required to work in taxi driving, nursing or similar lauded professions. And so they spend their lives pretending.”

Best Actress nominee Meryl Streep said: “I am actually quite proud of my work in films. Some of them are quite good and I can put them on my CV for when I apply for positions in the real world, like ‘teacher’ or ‘builder’.”

She added: “Making our film distracted the director from being unemployed and gave him experience of working with a team.

“He has since found work as a chef.”