'Welsh' fan miming very poorly to 'Land of My Fathers'

A MAN who has been keen to stress his ‘Welshness’ does not know a single word of the country’s national anthem, his friends have confirmed.

Over the last few weeks Tom Logan, who was born in England, has spoken with an increasingly Welsh accent, but appeared ill at ease when the national anthem began before the game against Belgium.

Friend Clare Bradford said: “We presumed that if Tom was as Welsh as he insisted he’d be able to give at least a passable rendition of Land of My Fathers.

“His mouth was moving up and down, but there were no words coming out, except that every now and again he’d mumble ‘Wales’ or ‘leeks’ or ‘rarebit’. It was all rather pathetic.

“We’d have given him the benefit of the doubt if he even knew where Cwmbran was or what S4C is, but he seemed to believe the former was a cereal and the latter was a character in Star Wars.

“Plus, I have a very clear recollection of Tom cheering on England against Wales roughly a fortnight ago.”

Blair secretly wants to be 'star' of war crimes trial 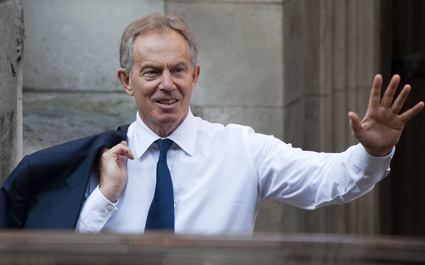 TONY Blair secretly wants to be tried for war crimes so everyone will look at him again.

The former prime minister has frequently rehearsed ‘speeches from the dock’ in front of his bathroom mirror, certain it will make the nation love him once more.

He said: “Sure, obviously it’d be terrible, being the first Western head of state tried as a war criminal and all the publicity attached to that.

“A charismatic, straight kinda guy fighting for his freedom is going to make OJ Simpson look like nothing, isn’t it? Every headline, every day, worldwide, which would be, y’know, terrible.

“But on the other hand, no matter what Cherie’s ‘legal counsel’ says about my chances, being exonerated in the eyes of the world is a hell of a bold political move, isn’t it? With Labour currently leaderless?

“Or even if I had to serve a few years in prison. Who could look away from that? Imagine the impact on history. They might write one of those Frost/Nixons.”

Blair added: “Ah, I bet it won’t happen. Chilcot’s too spineless. Still a man can dream.”