Wenger agrees to leave Arsenal in 2005

ARSENAL has confirmed Arsene Wenger will officially leave the club 13 years ago.

Gunners CEO Ivan Gazidis confirmed that Wenger’s last game in charge was the victorious 2005 FA Cup final, meaning that he leaves on a high, and his reputation untarnished by a subsequent decade of false starts and failure.

Gazidis said: “In his nine years in charge here, Arsene has proved himself to be the greatest manager in our club’s history. He leaves us in a strong position, with a world-class squad full of legends like Thierry Henry and Patrick Vieria, and exciting youngsters like Cesc Fabregas and Robin van Persie.

“By leaving when he did, he bears no responsibility for the next decade-plus of complacency and poor investment, which we are choosing to blame on his successor for the 2005-06 season, David Moyes.”

Arsenal fans praised the timing of Wenger’s decision to walk away.

Season-ticket holder Roy Hobbs said: “A part of me wishes he’d stayed around after 2005, instead of the absolute clowns we had in charge over that time. Just imagine how many more trophies we’d have won if we’d stuck with Wenger.”

Hobbs added that with the club looking to hire a new manager this summer, they should consider bringing back Arsene Wenger.

Are you fretting enough about your children in a ridiculous middle-class way? 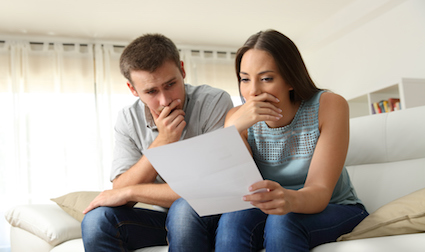 ARE you unable to sleep for worrying that your four-year-old might not get into the LSE? You may be suffering from middle-class fretting. Take our quiz and find out.

At primary school your child does not come top in a spelling test. What do you do?

A: Nothing.
B: Go to the school and demand the tests are re-marked, then get a posh private English tutor so that people stare at your child like a freak because they keep using words like ‘absquatulate’.

You go on holiday in rural Italy. What does your eight-year-old do?

A: Explore the countryside in a carefree way.
B: Complete a punishing regime of ‘worksheets’ you created about local flora and fauna that are harder work than studying for a botany degree at Imperial College.

Your child produces a cack-handed drawing of stick men killing each other. What is your response?

A: Put it on the fridge.
B: Demand your GP refers them to a child psychologist because of some bollocks article about sociopaths you read in the Observer.

Your partner treats the kids to a KFC bucket. How do you react?

A: It’s no problem – fast food is fine as an occasional treat.
B: Histrionically snatch the bucket off them as if they’re about to tuck into razor blades dipped in strychnine and throw it in the bin, then make a platter of your own ‘fast food’ consisting of raw mushrooms with low-fat yoghurt dip.

What are your children reading at the moment?

A: Harry Potter or ‘young adult’ fiction.
B: They are being forced to read a load of classics you bought them, such as Treasure Island and Prisoner of Zenda, even though you tried reading them yourself but were bored shitless and watched Wonder Woman instead.

What is your worst fear for your children?

A: An accident or serious illness.
B: They will marry someone who drives a van for a living.

Mostly As: You are not doing enough middle-class worrying. Make your children do violin lessons they hate in case they’re the next Menuhin.

Mostly Bs:  Your children will probably turn out intelligent but extremely weird, like Ted Kaczynski, better known as ‘the Unabomber’.