ARSENE Wenger has reluctantly re-introduced calcium to his team’s diet after Olivier Giroud broke a tibia.

However, following the Giroud injury and an outbreak of rickets in the youth team, the manager is reconsidering the diet of chips, pizza, and blue pop introduced because kids eat all that and they move like greased lightning.

Club nutritionist Norman Steele said: “We’re still trying to convince him that black, bleeding gums aren’t a sign of brushing teeth too enthusiastically but of scurvy.

“And while hair loss is normal in men, I’m sure Jack Wilshere’s shouldn’t be falling out in handfuls at the age of 22.

“Even if it does give him gravitas.”

Hello Kitty ‘the nightmarish result of an immoral genetic experiment’ 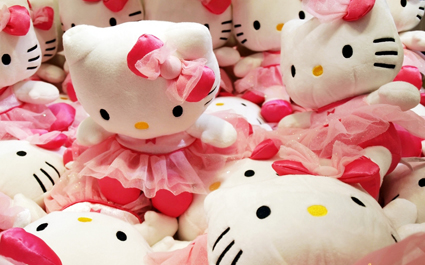 HELLO Kitty is a vengeful cat-human hybrid that feeds on livers, it has been confirmed.

Following confusion about whether the character was a cat or a weird-looking schoolkid, creators Sanrio explained Hello Kittys back story.

Hello Kitty was the result of fusing human, cat and rhesus monkey DNA in an illegal Tokyo lab during the unregulated early days of genetic research.

Eventually she picked the lock of her cage door with a sharp talon, killed all the scientists and ate their sweetmeats.

Now she prowls the shadows by night, picking off unwary travellers while also wearing lots of cute accessories.