We’ve all f**ked up at some point, Britain tells Bassett

BRITONS are confessing their cock-ups in a show of solidarity with footballer Laura Bassett.

Following an unfortunate own goal in the women’s World Cup, millions of ordinary people stepped forward to share their most personal stories of not doing something quite right.

45-year-old Norman Steele said: “We’ve all fucked up at some point, but most of us didn’t have an audience of millions because we weren’t talented enough to be on telly.

“I once forgot to set the burglar alarm when leaving work, and that night burglars came and burgled the hell out of everything. They even took the drinks machine.

“I’ve never told anyone that before.”

Mother-of-two Emma Bradford said: “I borrowed my dad’s car and put diesel in it even though it takes unleaded. To make matters worse, I was so embarrassed that I pushed it off a cliff into the sea rather than tell him.

“I got away with it until today, but I want Laura Bassett to know that everybody’s human.”

Plumber Stephen Malley said: “I deliberately burned down a furniture warehouse as part of a massive insurance scam. In fairness that was more of a deliberate criminal act than an innocent mistake, but I still felt bad about it.

“I suppose my point is you’ve got to learn from your mistakes and not let things fuck with you. Even if you’ve done a quite serious crime, which she hasn’t.”

Meanwhile, researchers from the Institute for Studies found that the average human fucks up between three and five times a week. 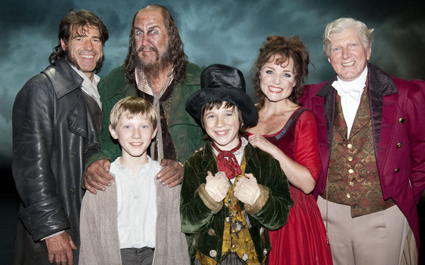 CHILD poverty was created by Lionel Bart for the 1968 musical Oliver!, the work and pensions secretary has claimed.

Following the scrapping of child poverty yesterday, Iain Duncan Smith explained that any children seen wandering the streets in ragged trousers were merely lost extras who had wandered off-set.

He continued: “This captivating musical has cast such a spell over the British public that they fondly imagine they see child poverty in the streets, in alleyways and even in their own homes.

“These are merely flashbacks to that memorable musical and no more real than the outrageous fantasias of The Rocky Horror Show and Starlight Express.

“Also, those were not children but highly-paid dwarves who make £200,000 each every pantomime season, who deserve not a penny of your hard-earned money.”

When informed that Oliver! was based on a Charles Dickens novel about the harsh lives of the urban poor in Victorian London, IDS replied that there was no such writer and no such place.