SIR Bradley Wiggins has rejected claims he won the Tour de France on a handful of Purple Hearts and some Mandrax.

The cyclist was accused of using a selection of ‘Mod drugs’ to give him a competitive advantage over rival racers, who he referred to as ‘a bunch of dirty greasers innit’.

A select committee of MPs reported: “Wiggins was unable to begin the day without a handful of either ‘blues’ or black bombers, depending on whether it was a flat or a mountain stage that day.

“He would then spend between one and four hours styling his hair before taking Mandrax to ‘smooth out the bumps’ and possibly mescaline if it was available, even though he described it as ‘hippy shit’.

“We suspect but cannot prove he rode a Lambretta moped during certain stages, an illegal move which went undetected because officials were easily spotted in his 14 wing mirrors.”

But Wiggins insisted: “I won by the sheer power of my modness. There were no drugs, but after wining each stage I would retire to my caravan and put on a high-cut double-vented purple mohair suit.” 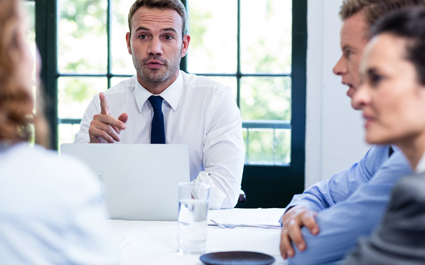 A MAN has got to the top of the corporate ladder by saying things that sound insightful but are ultimately vague, meaningless bullshit, it has emerged.

At just 37, Tom Logan is the CEO of a large media company. A position he reached by saying vague things in meetings with the confidence of a high-ranking naval officer.

A colleague of Logan’s, Susan Traherne, said: “As a junior Tom would appraise our conversations by saying things like ‘I think you’re on to something really interesting here, we just need to strip back and refocus’.

“Once I said ‘Tom which idea is best?’ and he said ‘We’ll know when we know’ and everyone said ‘he’s right’.

When asked if he could explain his success Logan said: “It is what it is.”