A WOMAN has been accused of ‘not getting’ football because she does not become a raging maniac when her team loses.

Emma Bradford, an Everton fan, was accused by her brother-in-law, Stephen Malley, of being a ‘part timer’ when she refused to become psychotically angry after the club’s FA Cup semi final defeat to Manchester United.

Malley said: “I threw the television into the garden, but she said she just felt disappointed for a couple of minutes and then carried on with her day.

“Women just do not get it.”

He added: “She just feels sad for all the other fans and slightly disappointed in the effort that was shown by the team. Just once I’d like her to destroy a microwave with a hammer.”

Bradford said: “I don’t actually like football. I just do it to annoy him because he’s a petty, angry little man.”

Runner trying to get conversation back on to the marathon 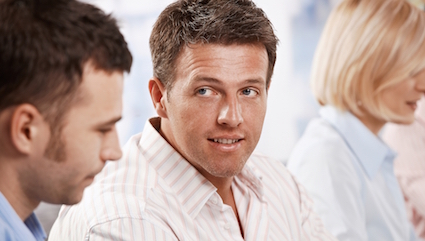 A MAN who completed the London marathon is trying to make colleagues talk about it without appearing too obvious.

After enjoying praise for his achievement, Tom Logan is now monitoring all workplace conversations for the opportunity to bring it up again.

Logan said: “It’s easy if someone asks how my weekend was because I can say ‘Great, apart from running 26 miles in the London bloody marathon!’.

“At lunch I’ll keep saying ‘this is just what I need to replace the lost calories’. Eventually someone has to ask me what I mean and ‘bingo’.

“I don’t think there’s much chance of discussing it in the strategy meeting, so I’ll just rub my leg frantically while saying ‘stiffening up!’”

Co-worker Nikki Hollis said: “Tom has managed to bring the marathon into conversations about photocopying, Beyonce and Game of Thrones, because it probably features some people running away from a dragon.”