Enjoy it while you can, Conchita warns Farage 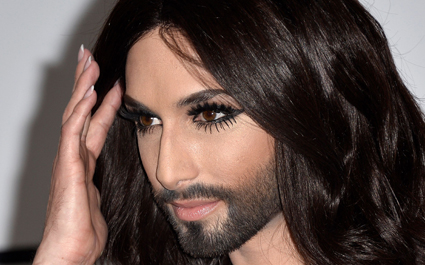 EUROVISION winner Conchita has advised Nigel Farage to make the most of his fleeting moment of glory.

Farage told the main parties that he would “see them in Westminster” next year but the Austrian singer warned him that he would probably have to go to the public gallery to do that.

Conchita said: “I thought winning the Eurovision contest would make me a superstar. But even though it was only three weeks ago, today I can walk down the street in the dress, beard and everything and no one even recognises me.

“It’ll be the same for Nigel and UKIP. People only vote in Eurovision or the European elections for a laugh.

“He’s no more chance of getting to Westminster than I have of outselling Lady Gaga.

“Come 2015, while I’m playing in Batley down the bill from Nookie Bear, he’ll be in the back room of some King’s Lynn pub ranting to his last 20 followers about how Britain needs to widen the English Channel by 75 miles.”