Martin Bishop was too young to witness the euphoric excitement of Geoff Hurst completing a hat-trick in the final moments of extra-time to win the final 4-2, but reckons it pales in comparison to last night’s match which really hotted up 75 minutes in.

Bishop said: “Sure, ‘66 was important, but football was still practically amateur back then. Yesterday’s game decided who went through to the quarter-finals of a European championship.

“Last night’s match didn’t go to extra time, Jerry didn’t threaten our lead for a second, and there was no debate as to whether any of our goals should be allowed. Truly a white-knuckle experience from start to finish.

“There was also the enthralling narrative of Gareth Southgate, finally redeeming himself after that penalty miss. The only backstory the 1966 final had to offer was two countries who’d been at war 21 years earlier thrashing it out on the pitch. Yawn.”

He added: “I expect Kane’s header will usurp ‘66 as a foundation of our cultural history. Unless we lose to Ukraine on Saturday in which case we’ll forget about the whole thing.” 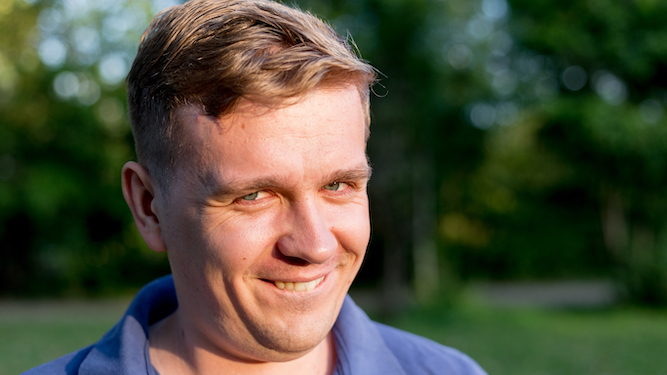 A BREXITER hopes to hear no more foolishness about the wisdom of leaving the EU after last night’s England game.

For Wayne Hayes of Peterborough every English goal in this first proud, independent, sovereign Euros has been another nail in the Remain case’s coffin, if you look at the facts.

“1968. Our resolve was weakening and we lose shabbily to Beckenbauer. 1970, they knock us out of the World Cup. 1973 we join the Common Market and never win again.

“2021, we’re out of the federal European superstate and breathing free, and we bloody marmalise them. Now you’re not claiming that’s coincidence.

“All those losses. All those years. It could have come home on schedule in ’96. We’d have had the confidence after winning the shoot-out and the Cup in ’90. Everything the Germans have ever won was rightfully ours all along.

“From now on, anyone who says anything bad about Brexit is saying they want England to lose. And I’m not having that.”