The Guardian guide to whether supporting your football club is ethical

FOOTBALL fans love nothing more than running their support past the Guardian to check they’re meeting its ethical standards. Where does your club stand?

Owned by Saudi Arabia, Newcastle have gone straight to the top of the thinking Islingtonian’s League of Evil and are beyond all redemption. The squad should cease playing, Eddie Howe should be ashamed of himself and all fans should immediately switch their support to Sunderland.

Technically still owned by Putin’s London moneyman Roman Abramovich, but now under sanctions. Is supporting them backing Russia or championing the West’s uncompromising action against Putin? It’s a moral minefield. Unless you’re chanting Roman’s name during a silence for Ukraine. Then it isn’t.

Owned by Abu Dhabi which has no democracy, imprisons critics of the regime, tortures prisoners, flogs adulterers, criminalises homosexuality and allows women no rights at all. But Pep Guardiola’s silky pressing style has revitalised English football and is a joy to watch, so it’s a tie.

Owned by rapacious American capitalists actually responsible for all the ills of the world if you think about it. However since their 2005 takeover moral standards in the Premier League have plummeted and United have stopped winning, so they’re now fine. Anyone supporting breakaway non-leaguers FC United is ordered to return.

Verdict: Better than the rest

Owned by China, who do human rights abuses and torture and censorship and all that evil stuff but aren’t currently the West’s key bad guys because we need iPhones. So you’re fine to support them now but be ready to abandon your lifelong commitment instantly when the Guardian publishes an editorial.

Verdict: Wait for our signal

Owned by whoever, this club outraged football fans by moving Wimbledon FC and their underdog history 56 miles north. But is that really so bad in current liberal thinking? Is not Milton Keynes the true underdog? Was this not just the redistribution of London wealth to the provinces according to socialist principles?

Is it your fault that last round cost £36 f**king quid? Take our quiz 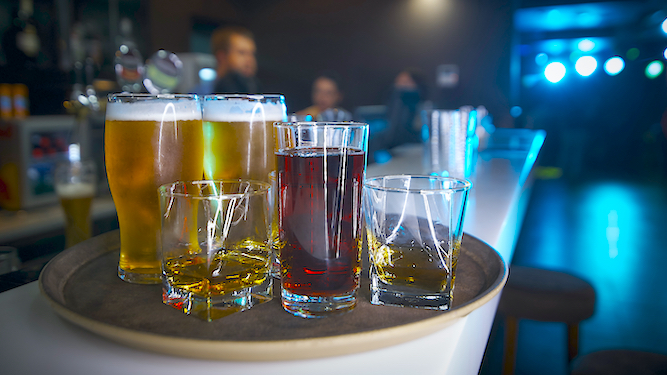 THE drinks are in but the twat who paid for them looks f**king livid. Find out if their rage is your fault:

Who are you ordering for?

A) Just me, because I am a reasonable person.
B) Just me, and a couple of mates who will be along in a bit. And their partners and apparently Crazy Phil might be coming, and he likes a large one.

What size drink did you ask for?

A) A half. I can always get a pint myself later.
B) A yard. It comes in a f**k off massive beer flute, which I think looks really cool and not at all twatty.

What is the alcohol percentage?

A) Zero. I’ve given up booze for Lent. A lime and soda only costs a quid.
B) It’s in the mid twenties. That’s normal for 250ml of natural, organic wine though.

Is your drink from an independent brewery?

A) No. Unless Copella moonlights as an independent brewery.
B) Yes. It’s made in very small batches by an artisanal brewer in a remote Icelandic village and imported at enormous expense. But you can really taste the glacier melt, so it’s worth the extra.

Did you ask for snacks?

A) Not this time. I’m trying to lose weight.
B) Of course. Four bags of crisps and some pistachio nuts. They’re all for me, not the table. Try to make me share and I will deck you.

Mostly As: Congratulations, you aren’t the scumbag who’s to blame for this expensive round. Although if you’ve asked for a half pint of cloudy apple juice then what the f**k are you even doing here? Piss off and make room for someone who’s actually fun to go to the pub with.

Mostly Bs: So you’re the dickhead behind this pricey round. Everyone hates you right now, but you’ll be completely twatted in half an hour so they will exact their revenge by using you to buy drinks for the rest of the night. You will wake up to a nasty text from your bank saying you’ve rinsed your overdraft.