SOME have claimed my recent appearances at Prime Minister’s Questions have been waffly and, er, hesitant. What utter rot. Here’s how I triumph every time.

Make it look like you’ve been, er, working flat out so, er, no time to comb your hair

If you’ve a habit of winging it and, er, getting away with it, and clearly just skimmed your notes 10 minutes before PMQs, muss up your hair to look like some mad dervish who can’t stop working. Makes the chap opposite with his Mr Whippy haircut look a bit of a fool, eh?

If the opposition haven’t got nice questions to ask, say nothing at all

Not literally nothing, obviously. Instead run down the clock with a load of, er, drivel. Try some platitudinous flannel about ‘world beating’, ‘magnificent effort’ or ‘pulling together’. And of course ‘black lives matter’, which they so truly do and I never said things like, er, ‘watermelon smiles’.

Throw in a few, er, swotty words you learned at, er, Eton

You, er, know the sort of thing. ‘Fustilian’, ‘tergiversation’, ‘integuments’, whatever the dickens they are. Or just use plenty of ‘ers’. I can easily fill at least 30 per cent of PMQs with blustering ‘ers’, which makes me look like a genius whose mind is racing so fast it’s hard to get his brilliant ideas out. At least that’s what I think it looks like.

This is the stuff! All pubs to open, er, this Saturday and all drinks are on the government. Er, vouchers! Available online or, er, something. 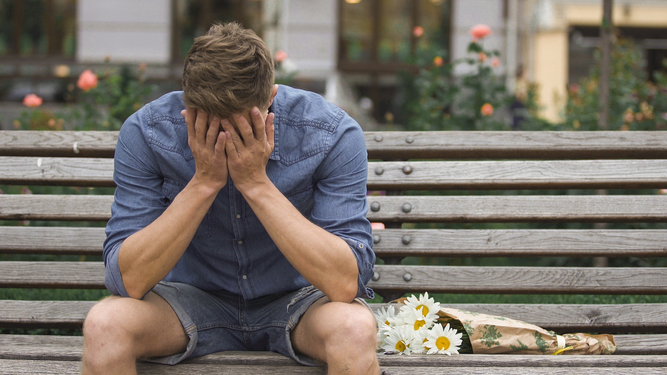 A MAN has ended his new relationship by celebrating its one month anniversary, it has emerged.

Jack Browne was recently dumped by Lauren Hewitt after he showered her with saccharine gifts and a handmade card to celebrate four weeks since she matched with him on Hinge.

Browne said: “Turns out there’s a fine line between making sweet romantic gestures and coming across like a tragic clingy loser, and this time I got it wrong.

“Maybe I’m old-fashioned but I thought women would appreciate a man who can make their portrait out of dried pasta. And getting ‘Jack and Lauren together forever’ embroidered onto a large teddy bear wasn’t exactly easy given the pandemic.

“Could it be that the idea of committing her entire future to a guy she barely knows spooked her? She didn’t strike me as the fickle type.”

Hewitt said: “Real anniversaries are named after fancy metals or precious stones to reflect their importance. If you celebrated after a month it would be called your ‘Netflix free trial anniversary’.

“I was grateful for the pasta though. That shit’s like gold dust these days.”