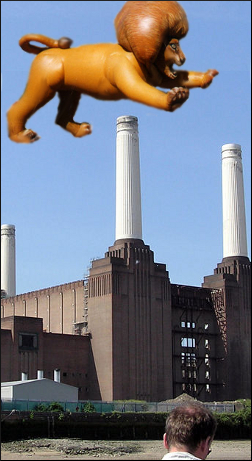 TIGHT Fit are to revive their 1982 concept  album The Lion Sleeps Tonight with a series of spectacular stage shows.

The album, which tells the story of three session musicians and a male model doing a cover version about some lions sleeping in a jungle, was too costly to stage in the 1980s as nobody in the right mind would have paid to see it.

But singer-songwriter Steve Grant said: “The issue of lions sleeping tonight – aweemaway – is still very relevant. Plus the fact that these days – aweemaway – people do seem to be entertained by absolutely anything.

“‘Lion’ was all about tackling those big, timeless themes and, let’s be honest, it doesn’t get much bigger – aweemaway – than the mighty jungle. Awee um-um away.”

Musicologist Wayne Hayes said: “Most people think that Tight Fit were a one-hit novelty outfit who produced songs that stood out even in the eighties. And that’s the same decade as Kajagoogoo, remember.

“But revisiting their work, one can find subtle nuance and an experimentalism that reminds one of mid-period John Coltrane and the Velvet Underground. And yes I did happen to be their bassist for three months, what of it?”

After splitting over artistic differences in 1983, the founder members of Tight Fit have focused on a range of interests away from music, including high mileage Ford Escorts, breeding giraffes and owning the southern half of Berkshire.

Grant said the show will cost almost Â£120m to stage and will feature a full-size African jungle, the population of Cameroon and a dozen lightly drugged male lions being catapulted into the audience at the start of each performance.