A RESCUE cat has confirmed it is not interested in your sentimental bullshit about having a ‘loving home’ and just wants food.

12-year old cat Tom Booker has been living in an animal rescue sanctuary for the past six months and simply wants to escape from being surrounded by ‘idiot dogs and pathetic hedgehogs with broken legs’.

Booker said: “As an intelligent animal, I am well aware how much humans love to get all gushy and weepy about providing a ‘forever home’ for us poor, sad little animals.

“The arseholes who come to the sanctuary spend fucking ages ‘meeting’ lots of different cats and droning on about whether they will be a suitable companion for little ‘Tilly’ to grow up with.

“They seem not to realise that I couldn’t give a toss about them and I would completely avoid Tilly, who is almost certainly a spoiled little shit.

“I want you to give me food and maybe some stroking for as long as I feel like.

“And then I want you to fuck off.”

US flag changed to orange, purple and white to match Trump’s face 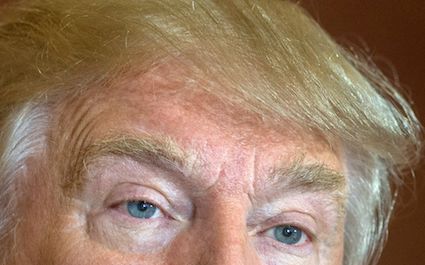 The red stripes will be replaced by a shade called atomic tangerine, the white stripes slightly altered to be the pallid, unhealthy colour of a 70-year-old’s wrinkled eyes, and the stars set in a field of thistle purple.

Ivanka Trump, the president’s official handler and pharmacist, said: “The old design was fine for presidents who didn’t have their own real estate, clothing and lifestyle brands, but that’s not Trump.

“We wanted something that said luxury, that said exclusive, that would encourage other nations to aspire to the standard we set, and what better than my father’s varicoloured face?

“Now, whenever anyone swears allegiance to the flag they also swear allegiance to Trump, Trump Hotels, Trump Golf, Trump Casinos, the Success by Trump fragrance and Trump Model Management.”

Ivanka added: “We considered gold and inlaid Italian marble obviously, but we’re reserving those for our makeover of the military.”