CATS last night thanked the government for its interest in their welfare but insisted they were fine.

Britain’s felines said new government guidelines issued to humans were an attack on their privacy and revealed a ‘twisted obsession’ with how and where they go to the toilet.

However, they welcomed new rules for dogs, who they described as the animal equivalent of a human in the advanced stages of Alzheimers.

He added: “I don’t need to be entertained like some toddler, thank you very much. I just need access to a garden where I can torture birds to death.

“And by the way – give me food whenever I want it or I’ll fuck off and live with someone else.”

Bobsie, a tortoisehell tabby from Hampstead, said: “It is your job to open tins and not swing me by the tail. Not difficult.

“And I suppose I could shit in the garden, but what you fail to grasp  is the unbridled enjoyment I derive from dumping in a tray of piss-soaked gravel in the corner of the kitchen – while you’re having your tea.

Britain Now At Its Most Outraged Since 1747 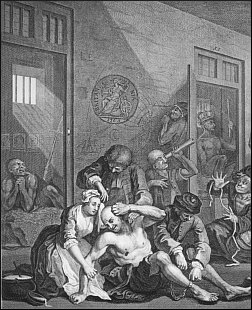 BRITAIN is now more appalled and outraged than at any point in the last 260 years, it has been confirmed.

Tom Logan, professor of the history of outrage at Reading University, said: "You really have to go back to 1747 to find British society in a more frenzied and pathetic condition.

"Of course back then there was no Daily Mail and so thousands of outraged people, in search of similarly disturbed companionship, were forced to admit themselves to the local asylum."

The year 1747 began with the opening of the world's first venereal disease clinic in London, offering treatments for 'genital pustulence' and 'cockpoxes'. By mid-April the Jacobite Lord Lovat had been beheaded on Tower Hill for making jokes about the King's blisters.

As the War of the Austrian Succession reached its peak, the Scottish doctor James Lind caused women to faint and men to vomit with his 'revolting assertion' that scurvy could be prevented by the careful application of a large grapefruit.

Meanwhile Dr Samuel Johnson began work on his Dictionary of the English Language and confirmed his determination to include the word 'snatch'.

From The Weekly Journal, April the Twenty Fourth
Mr Garrick, an actor, has scandalised all London with his bawdy missive to the Earl of Carnarvon in which he makes claim to have brushed past his Lordship's niece, the Honourable Lady Elizabeth Herbert, at the Covent Garden, and if he, the Earl, was displeased with this occurrence, Mr Garrick would, on a weekday of his choosing, contrive to sneak into his Lordship's bedchamber and leave a ripe fig in his thunderpot.

From The British Gazetteer, September the Twelfth
Mr Simpkins, a wheelwright, caused a perturberance when, at around three o' clock of the after-noon, he remarked unto his fellows, and all souls within earshot, that the drivers of carts, coaches and Stanhope carriages were little better than Frenchmen who would, given a mind, pass all their days throttling the life out of tuppenny strumpets. Simpkins was served most hastily with a Notice of Rebuttal by the Royal and Honourable Company of Cartists and was later that day informed that his service and chattels would no longer be required by His Grace, the Duke of Clarence.