A MYSTERY insect discovered at the Natural History Museum in London has been deported, the Home Office confirmed last night.

Museum staff contacted the authorities after failing to classify the previously unknown red and black bug.

Professor Tom Logan, head of the Entomology department, said: "It was only after we had looked through all of these really huge books, that we realised we had no choice but to phone the police."

He added: "Maybe it is harmless, but I definitely noticed a reaction when we spoke to it in Arabic."

The insect was taken to Notting Hill police station, but said nothing during more than 12 hours of interrogation.

A Home Office spokesman said: "It was given legal support and had every opportunity to identify itself and explain the nature of its business in the United Kingdom.

"By failing to answer our questions, we were forced to conclude that this insect represented a potential threat to our national security."

The insect was last night placed on a chartered jet bound for Cairo where it will be released into local police custody.

The spokesman added: "If only this insect had been carrying an ID card, it would be working in a central London hotel and making the most of the remaining 20 minutes of its life." 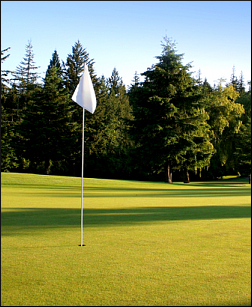 Friends of Wood are relieved that, at the age of 61, he is finally slowing down and devoting more of his time to vodka and teenage girls.

One source close to the superstar said: "Ronnie was a workaholic. He would spend up to three weeks without sleep, constantly looking for new holes to put cocaine into.

"His only respite would be the hourly break to drink absinthe and have dangerously acrobatic sex with nine of the women queuing outside the hotel."

The source added: "There's only so long you can keep that up before your body says, 'enough is enough – drink nothing but vodka and stick to one teenager at a time'."

Another close friend said: "For Ronnie this is a bit like taking up gardening or golf.

"He's getting to bed at 4am and sleeping for at least five hours a night. He's introduced solids into his diet and is only smoking things that started off as plants.

"But what's really important is that for the first time in his life, he's really enjoying his vodka and 19 year-olds."