A NEW study of Orangutans has found they can communicate using complex charades with the traditional "stuck in a glass box" mime clearly signalling "let me out of here you bastards".

Repeatedly trying an imaginary door handle, exaggerated looks of puzzlement and frantic searching through pretend trouser pockets means "you've locked me in, let me out of here you bastards", scientists said.

The scientists added that repeated screaming, bearing of the buttocks and hurling of dung is also understood to mean "let me out of here, you bastards".

Dr Wayne Hayes, head of animal behaviour studies at Dundee University, said the Orangutan had a huge number of other charades that the team were now looking to decode.

He said: "We have noticed that whenever we turn up to observe the animals they stand in a row in front of us, form the fingers of their right hands into an 'O”' and then vigorously move their right arms up and down between crotch and waist height while staring at us and hooting.

"It obviously means something but we are not sure what. We are fairly certain though that it is some kind of greeting for friends."

Zuzu, the Orangutan, played down the use of charades by his fellow apes saying they had only resorted to sign language because they were "at the end of their tether".

He said: "We've tried explaining in simple terms that we don't like being locked in a pit and gawped at and that we'd quite like to go home to Sumatra but they just won't listen.

"Frankly, and please pardon my language here, we are all getting just a bit fucked off. As soon as we get a solicitor, you will all be hearing from him."

Keith Richards To Write Story Of His Life As A Beatle 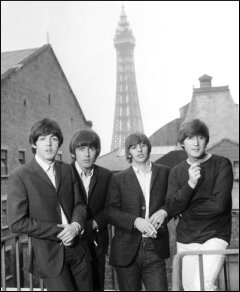 ROCK legend Keith Richards is to write his memoirs, filled with intimate details of his life as a member of The Beatles.

Richards, 63, said the book would describe his first meeting with songwriting partner Paul McCartney when both were at school in the Yorkshire mining village of Manchester.

However, history would only be made when the quartet met up with Mick Jagger and John Lennon, both then studying art at the London School of Economics in Liverpool, to form the pop group that what would soon become known as the Fab Two.

Richards said: “I also have a very clear memory of writing the rock opera Tommy in our digs in Bamburg, the Dutch seaside town where we really cut our teeth as a live puppet act.”

The guitarist is to spend the next two years researching his own life and ensure he is not actually writing a book about someone else.

He added: “We had some major artistic differences, particularly over a song I had written called Lady Eleanor Rigby.

“Paul wanted to use a really intricate string quartet arrangement mixed with samples from Enrico Caruso and Dame Nelly Melba and I wanted to spend the weekend in St Tropez licking acid tabs off the top of Princess Margaret’s head.

“We compromised and recorded Paul hoovering up a yard of coke off the naked bum cheeks of Marianne Faithful, slowed it down, played it backwards and used it as the finale for I am the Yellow Submarine. It was cool.”

Later sections will reveal how Richards quarrelled furiously with George Harrison’s mother Yoko Ono and how Mick Jaggerâ€™s insistence that he was actually in the Rolling Stones eventually led to the break-up of the best loved band in the world.