50 Cent’s tips for hip hop lifestyle on a budget

IT’S not easy to maintain a ridiculously ostentatious rapper lifestyle on a realistic budget, but it can be done.

I thought being broke would be a bitch, but it’s actually very liberating because it makes you get creative in your behaviour. For example:

– Frosty Jack’s cider is a cheap, refreshing alternative to Cristal and looks exactly the same in a champagne glass.

– When burning banknotes to show off in nightclubs, use less valuable foreign currency. Or make realistic ‘fake money’ by photocopying notes onto sheets of A4 (you can get six on a side) then cutting them out with scissors.

– You need to be constantly surrounded by scantily clad women, but they cost loads to hire from modelling agencies. Save cash by getting your mum and nan to wear bikinis around the house.

– Instead of buying a diamond-encrusted, 24-carat gold crucifix, get one for £6.99 from Elizabeth Duke at Argos.

– Instead of buying a vast collection of expensive trainers, use your fame to popularise cheap ‘Adidos’ knock-offs from the market.

– Recruit local teenagers as your entourage by offering to buy them beer from the local off licence. But ration them to a couple of cans of Foster’s each otherwise they will be sick and you will get in trouble with their parents.

– Get gold teeth cheaply by colouring them in with gold marker pens from WH Smith. Make sure to replace the pen lids afterwards though because they dry up really quickly.

Trainspotting 2 to be junkie superhero film 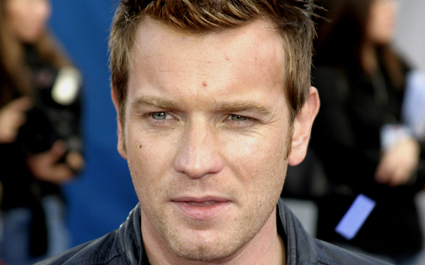 THE sequel to Trainspotting will be a superhero film about a man who gets special powers from ‘space heroin’.

Designed to cash in on the success of comics spin-offs like The Avengers, the film stars Ewan McGregor as a mild-mannered junkie who scores alien-enhanced drugs from a fatherly maverick scientist.

Director Danny Boyle said: “After doing some MegaSmack, Renton discovers he has superhuman strength and the ability to fly at supersonic speeds, which comes in handy when he’s shoplifting disposable razors and Rustlers burgers from Tesco Express.

“Meanwhile Begbie finds he can physically change into crude pub fight weapons, including a pool cue and a sharpened screwdriver. He takes out an entire SWAT team by morphing into a broken pint glass.

“But of course military scientists have created a rival team of evil super-junkies, who have some petty paranoid grudge against Renton because he wouldn’t give them a lift across town in his car about four years ago.”

Boyle said actor Ewen Bremner would also be reprising his role as socially awkward Spud, who in the new film will be seen scissor-kicking an alien robot to death during a battle on an imploding planet.

Boyle added: “Trainspotting 2 won’t lose any of the grittiness of the original, because the characters still say things like ‘You’re a fuckin’ wee radgie bawbag, Doctor Sinister.’”