A Brexit deal is tantalisingly close as long as the EU completely reverses its position overnight, by Theresa May

WE have entered the endgame for Brexit. I am optimistic that a deal is possible within the next 48 hours if the EU completely reverses its position.

We are very close. It could be later today that Michael Barnier announces they are abandoning all this backstop business, Britain can be in the single market for goods and services for free, and our fishermen will have every ocean as their playground.

Perhaps it will take until tomorrow morning for the EU to admit that its privileges of membership, its so-called ‘Four Freedoms’, are actually available to non-members if they just ask enough times. Perhaps tomorrow evening, so we can all sit down and enjoy Pointless without having to worry about Brexit for another minute.

Either way, the deal is on the table ‘in spirit’ and only requires a little movement on their par. I cannot compromise because the democratic will of the people forbids it, but the EU hasn’t had a referendum so I don’t see why they can’t meet me halfway.

Any negotiation is about give and take. I have given them several of my hard stares, such as Paddington gives in the film Paddington 2.

So a Brexit deal is about to happen. As soon as they give in. Or, alternatively, I could capitulate, agree to the deal we already agreed last December, and pluck up the courage to disagree with 10 DUP MPs  instead of 27 EU countries.

Either way, definitely within 48 hours. Splendid.

What does your car say about whether you believe your car is your personality? 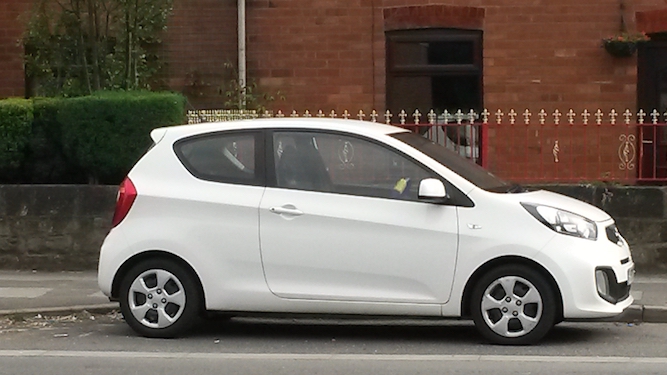 The Lexus driver has the confidence to spend big, a leaning toward luxury and a willingness to experiment with less traditional marques. If you’re into cars, that is. Otherwise it’s just a big car.

A witty, innovative take on a classic, three qualities which drivers imagine reflect those same qualities in themselves. To everyone else it’s a extra-large version of a car defined by being small, which is stupid.

These motorists admire the Germans and their characteristic efficiency right up to the point of claiming that whatever else you might say about him Hitler was a military genius up to at least 1942. Arouses in others a mild dislike which is soon justified.

Size, aggression, off-road ruggedness and being a Premier League footballer but a sensible one, a defender, perhaps Kyle Walker. These are the qualities drivers of Range Rovers are convinced their cars convey. All others wonder why you would need one if you are not a farmer.

To car people this is unforgivably Korean, painfully unoriginal, shamefully reliable and if you were on a low budget, why not go for something vintage? To its owners, who don’t give a fuck about any of that, it is just their car.