Agony Aunt: Dear Holly, Do you think Michael Gove will have some useful tips on how to fuck-up an education system? yours, Toby Young

Dear Holly,
Despite the haters, I’m really looking forward to whipping our universities into shape. For starters, I’ll be extending Freshers Week to a whole month, slashing prices on snakebite in the Students Union and doing everything I can to encourage chlamydia. I’ll need to get advice on all the other boring stuff like teaching and research though – do you think Michael Gove will have some useful tips on how to fuck-up an education system?
Toby,
London

Dear Toby,
I won’t be going to university because it sounds worse than school. My big sister goes to uni and she says as well as having to do studying and exams you also have to live with random weirdos from Hull with green hair and piercings who insist they are ‘gender non binary’ and think Jeremy Corbyn is the messiah. Plus, because of tuition fees you can only afford to eat yellow square things in boxes from Farmfoods that have been frozen since 1993 and you drink Tennents Special because it’s dead cheap and you reckon it makes you look interesting and complex but as a result you develop severe IBS and depression and have to drop out after first year and go work for Vodafone instead.
Hope that helps!
Holly

Tax these latte-loving bastards until they bleed, says Britain 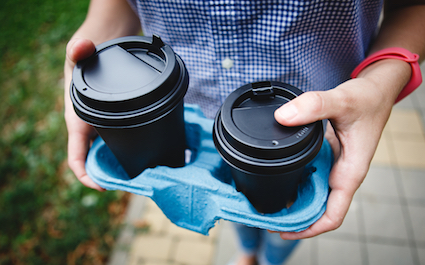 BRITAIN wants the ‘latte levy’ to be followed by as many punitive taxes on coffee obsessives as possible.

The proposed levy, which will add 25p to disposable cups, should be only the first of a raft of measures including a progressive tax rising to 100 per cent on ‘artisan espressos’.

Helen Archer, from Southampton, said: “These arseholes already shell out £4 for something that costs 20p to make and then wear it as a badge of pride. Make it fifty quid a cup.

“Also we should take a percentage of income from anyone who says ‘Can I get a real bloody coffee please?’ like Justin from accounts does all the time, but I recognise that’s difficult to enforce.

“This could solve the NHS crisis at a stroke. Anytime we need a new MRI machine, I’ll just tell a meeting ‘I think you all need perking up,’ and they’ll nod in unison like foul-breathed labradors and then do a Costa run.”