Woman leaves house to give her cat some space

A WOMAN has gone on a shopping trip so her pet cat can enjoy a bit of alone time, she has admitted.

Jane Thomson, from Stevenage, said that she could see the signs, that she knew when she was not wanted, and it was healthy for them both to get a bit of space now and again.

“Tabitha’s normally a wonderful companion but we can get on top of each other in that flat and it’s not like she can go to Costa so it’s up to me. Which is no problem.

“I couldn’t really concentrate anyway because there was this seething, furry ball of resentment squatting at the other end of the sofa wanting me dead. She probably was doing it for my own good. She sensed I needed a break.

“I thought she might want a cuddle, but she ran into the kitchen and started cleaning herself as if she had just been touched by Michael Gove.”

Thomson added: “I’ve been out for two hours, but I’ll leave it a bit longer because I don’t want to crowd her.

‘Dry January’ date drives both parties back to hard liquor 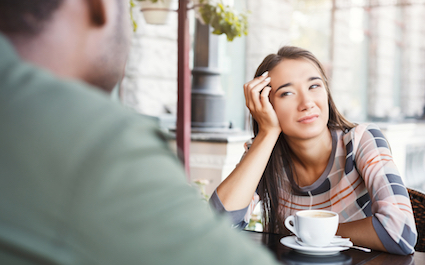 A MAN and woman who attempted a first date while sober now drink to forget how unbearably awkward it was, they have confirmed.

Donna Sheridan and Nathan Muir, neither of whom had previously dated without alcohol, agreed that the lengthy silences and painful conversation put them off dating but rekindled their relationships with drunkenness.

Sheridan said: “We met in a pub so we could bond over feeling superior to all the feckless, undisciplined tossers who can’t manage a month without a drink. That was my first mistake.

“While all the boozers tossed back their pints and ordered another, Nathan and I were making the type of nervous, stilted chat usually reserved for hospital waiting rooms.

“We tried desperately to find some common ground, but beyond the fact that we both work in offices and have all of our limbs, there didn’t seem to be any.

“After two hours of elderflower cordial, we cracked and ordered two Jägerbombs and a bottle of Pinot Grigio, then we confused our surging relief and drunkeness for lust and now we’re an item.

“It’s the time-honoured tradition of meeting ‘the one’.”