Ask Holly: Do you think 'Yeezy III' is a good title?

Having just successfully completed my fashion show, Yeezy II, to resounding success, I was slightly worried I’d be stuck for ideas for my next fashion venture. But earlier today two men approached me in the street and showed me a fine fabric which they said was so beautiful that stupid people can’t see it. Of course, although at first I found it difficult to see anything, as I looked closer I definitely saw something, because I’m not stupid. The good news is that the two men are going to make me lots more of the special fabric which is extremely expensive and I will clothe myself and all the models and my wife in the fabric and the fashion world will finally accept me as a designer and visionary. Do you think ‘Yeezy III’ is a good title? Kim thinks it’s genius.

Grown ups always tell you that money might be able to buy lots of things, but the things that really matter can’t be bought. Really? I’ve done a bit of research and found that the Barbie Malibu Beach House, Snowglow Elsa and the FurReal Friends Get Up and Go Walking Pet can all be purchased with British Currency from a number of reliable outlets. 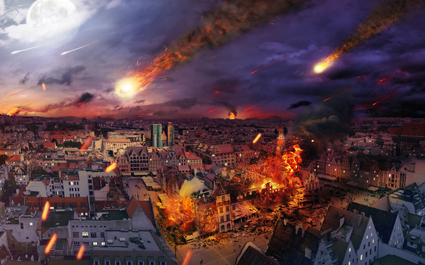 MARK Lawrenson’s predictions for the weekend’s Premier League games include ‘blood moons’ and ‘gnashing of teeth’, it has emerged.

The former Liverpool defender shocked his BBC employers by indicating that he expects the total collapse of civilisation just before the late kick-off at Manchester City.

Lawrenson’s forecasts include a plague of locusts at Aston Villa-West Brom and the arrival of the four horsemen on the St James’ Park pitch, playing Watford onside for their opening goal.

A BBC source said: “We were more hoping for Lawro to say the first goal would be important at Stoke v Leicester rather than detail a biblical doomsday scenario, but he is known for his bold predictions.

“Obviously it would be nice to be able to say that you heard it here first, but then again it would also be nice if mankind didn’t perish in a wave of lava followed by a foul pestilence.”

Bookmakers have been inundated with bets on Lawro’s forecasts, slashing odds on Steve McClaren being decapitated by a dragon with the head of a boar to 3/1, making it fractionally more likely than him making it to Christmas as Newcastle boss.

Lawrenson said: “The conditions are going to be the same for both sides, so it really is a case of who refuses to let the wails of despair affect their game plan.

“It’s easy to play nice football in the August sun, but when you’re 1-0 down away from home and your goalkeeper’s been devoured by a succubus that’s when you see what you’re really made of.”