Ask Holly: I am a disgraced Santa lookalike

I’m in trouble up to my eyeballs and I’ve just grassed up all my mates. But on the plus side, I look a bit like Santa Claus. Do you think I could do seasonal work for John Lewis when all this blows over?

1. NEVER let anyone have access to your underwear in the changing rooms.

2. NEVER tell anyone that you play recorder duets with your mum.

3. NEVER grass on your mates.

If you stick to these rules then your life will be hunky dory. Break them and you can kiss goodbye to ever making it home without someone else’s saliva decorating the back of your duffel coat. 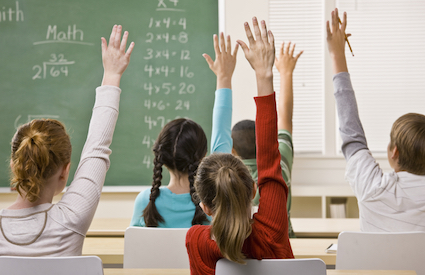 YOUNG children are the most fascist group in Britain, with pensioners a distant second, it has emerged.

The Institute for Studies found that primary school children have a disturbing fondness for brutality, terror, arbitrary discrimination and shouting.

According to nine year-old Denys Hatton, from Stevenage, he would not vote for Nigel Farage because the UKIP leader ‘does not go far enough’.

Thrusting his hand in the air like a Nazi stormtrooper when asked how Britain should deal with immigration, Hatton said: “They should put giant spikes in their bottoms.”

Emma Bradford, seven, from Doncaster, echoed Benito Mussolini by claiming that people with freckles ‘also have freckles on their bottoms’, before laughing like an SS guard.

And in a disturbing parallel with Heinrich Himmler’s hatred of metropolitan intellectuals, eight year-old martin Bishop said teachers should be ‘dragged around fields by their bottoms’.

Anti-fascism campaigner Norman Steele said: “There’s no point in trying to educate them. They should all be in prison.”