Ask Holly: I'm torn between a Rampant Rabbit and backing the Brexit

I always struggle to do romantic things for Valentine’s Day, but this year I’m going to try harder. I’ve narrowed it down to two possible gifts: either one of those Rampant Rabbits, or my personal backing to the Brexit campaign. Which one of those naughty treats is going to help keep my marriage alive?

We’ve got a lovely little school rabbit called Nibbles who eats vegetables and does tiny poos everywhere. He gets brought out of his hutch when someone kicks off to calm everyone down. My teacher says that’s because stroking soft animals is therapeutic for children with behavioural issues. It turns out that it can also be therapeutic to strangle rabbits if you have ADHD and have eaten too many Skittles at playtime. It’s okay though, Nibbles has fully recovered now and the nightmares have stopped for most of us. 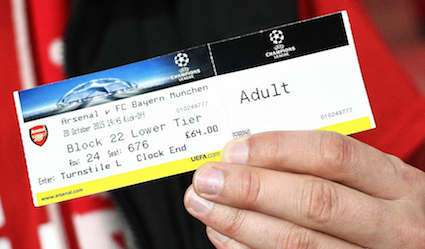 A MAN who does not like football died laughing after discovering the price of a ticket.

Amid the controversy surrounding rising ticket prices Martin Bishop decided to ‘investigate what all the fuss was about’.

Bishop’s friend Stephen Malley: “He went online and discovered that it costs £64 to watch Arsenal play a football match. He had to check at least five times that it wasn’t £6.40.

Malley added: “He looked a bit bemused for a couple of seconds and then he just erupted. It was like a jolt of unbearably ticklish electricity surging through his body.

“He went all red and spluttered, ‘that’s just… utterly cretinous’.

“Then he collapsed, clutching his stomach and said, ‘So… presumably… at some point… they were happy to pay £40… to watch… a football match? Jesus… Christ’.