You try to go on a journey during rush hour and have to abandon it because there’s too much traffic; you go into Tesco and they’ve sold out of tin foil; you try buy some nachos at the cinema have to queue. Am I alone in thinking this, or is Britain full?  Most importantly, I needed that tin foil to protect my head from all the Wi-Fi electro-smog. I’ve left a coded message for Uri Geller but I think ‘they’ have got to him already. Please send help.

You are right – there is no room in this country because the celebrities are taking it all up with their mansion houses, golf courses and helicopter landing pads. It’s all a simple maths problem which I can solve with Key Stage Five addition and subtraction, we just take their stuff and divide it among all the poor people. Either that or we have a revolution like in The Hunger Games where everyone shoots each other with arrows. 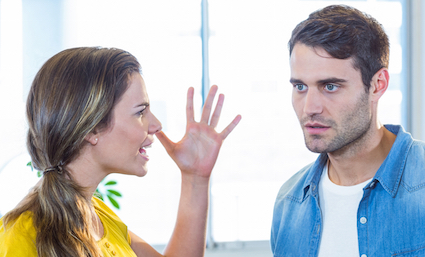 A WOMAN has caused fear and panic in her workplace after answering the question “How are you?” with the truth.

32-year old marketing manager Emma Bradford took the drastic step after entering the office kitchen to make a cup of tea at the same time as colleague Stephen Malley.

Malley, 29, said: “I did what I always do when I end up in the kitchen with someone, which is stare at the kettle and mumble ‘How are you?’ in a way that doesn’t really invite a reply.

“Everyone knows the unspoken code of office conversation, but for some reason Emma didn’t just say ‘Yeah, fine thanks’ and then concentrate really hard on washing up her mug.”

Malley added: “I couldn’t believe it when she said she was actually feeling really down. I then made the mistake of looking her in the eye. She told me that she might be having an ‘existential crisis’. What’s that about?

“At this point someone came in so she stopped talking, but there was a really weird atmosphere in the room.

“It would have been less awkward if we’d been caught having sex.”