A 32-YEAR-OLD is held in deep suspicion by his workmates for his bizarre habit of leaving the office for 40 minutes every day.

Tom Booker of Braintree refuses to either eat at his desk or use the office canteen, saying he “prefers to get some fresh air” which is universally seen as cover for some dubious activity.

Colleague Joanna Kramer said: “He goes to Tesco, he goes to Costa, he’s been seen eating crisps on a park bench like a homeless person or even often just walking.

“I’ve told him come to the canteen with us, we have a right laugh talking about everything that’s happened in the last three hours and they have Loose Women on the big telly you can’t turn off.

“He says it’s the only chance he gets to see sunlight during the day, but we have windows even if the blinds have to be closed because it reflects on Shawna’s monitor.”

Carolyn Ryan, Booker’s boss, said: “By leaving for lunch, Tom is implying that he is in some way separate from his occupation and that it is not somewhere he would voluntarily choose to spend all his time.

“He’ll have to go before he gives anyone ideas.”

Sink estate residents to be re-housed in underground tunnel network 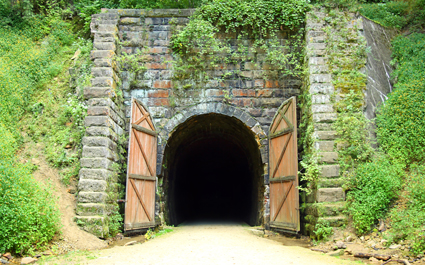 DAVID Cameron has revealed that residents of demolished council estates will be re-housed in a vast network of underground tunnels.

The prime minister revealed plans to flatten ‘sink’ estates, claiming that they are a depressing environment compared to an exciting subterranean world under a Welsh mountain.

He said: “We need to take people out of these failing litter-strewn estates and let them feel the radiant warmth of the Earth’s core in their new cave-like home.

“There will be ample burrowing work to keep them occupied, and at night the big wooden doors will be opened to allow them out to forage for mushrooms.”

“Over several generations the former tower block residents will lose all skin pigmentation, developing an aversion to sunlight as well as hunched posture from low ceilings.

“They will be happy in their tribal groups, while the tall slender surface people sit in big-windowed cafes chatting about podcasts and camper vans.”