THE chanting bit from rave classic Voodoo Ray by A Guy Called Gerald will be sung at international sporting events, it has been confirmed.

The catchy techno 90s techno favourite will replace God Save The Queen, being both musically superior and easier to sing because the only lyrical content is an ‘ooo’ sound.

Ministers voting on the change rejected alternatives including I Vow To Thee My Country and There’ll Always Be An England on the grounds that they are ‘bollocks’.

A government spokesman said: “If you dropped I Vow To Thee My Country at a warehouse party it would kill the vibe stone dead.

“Voodoo Ray is the perfect anthem in that it is genuinely uplifting while also not really having any words, which saves thousands of people going ‘God save the queen, mumble mumble’ in a half-hearted manner. 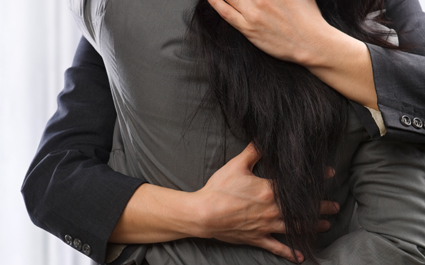 A HUG became creepy after going on too long with an element of hair-touching, it has emerged.

Onlooker Nikki Hollis said: “It was fine at first but then he clearly didn’t want to let go, and started doing that ‘very slight circular rubbing of the other’s person’s lower back’ thing.

“Meanwhile his other hand sort of patted her hair, which was just a bit weird.

“He was like a koala but not cute. Then he turned around and said ‘Mary, meet my wife Susan’.”

Researchers at the Institute for Studies believe the maximum acceptable length of a social embrace is eight seconds.

Professor Henry Brubaker said: “Up to 60 per cent of hugs have a weird, emotionally desperate subtext.

“Probably a handshake is better, unless it’s a long-lost family reunion or one of you is going off on some dangerous war mission.”